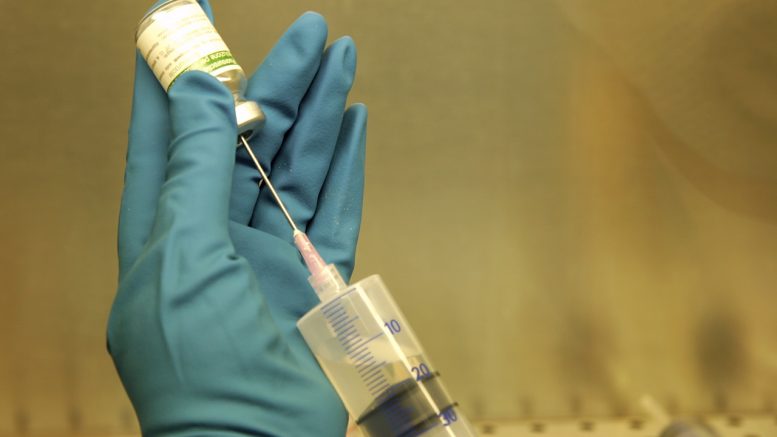 The U.S. Department of Public Health found the issues during the non-planned inspections to those pharmacies, caused by concerns about increasing medications contamination risk. All of the pharmacies, which did not comply with the standards were like Framingham New England Compounding Center (NECC). NECC pharmacy was the reason for the outbreak of fungal meningitis in 2012 when about 700 people got ill because of contaminated steroid injections and 45 people died.

You can read about NECC in our article here. Also, you can find some information about NECC’s report in this article.

On February 5, 2013, health officials announced that only four out of 37 compounding pharmacies in the state of Massachusetts fully comply with standards of safety in the pharmaceutical industry. 21 pharmacies had minor violations of regulations and 11 pharmacies were shut down for a while because of a major violation. Coram Healthcare (Norwood), Freedom Fertility Pharmacy (Byfield), Critical Care Systems (Shrewsbury) and BioRX (Woburn) are only pharmacies that fully met all the requirements, according to the state regulators. Home Infusion Solutions (Falmouth) was shut down all the compounding because of violations.

A president of the Institute for Safe Medication Practices (ISMP), Michael Cohen, said he was sure the same issues would be found in other states, not only in the state of Massachusetts. He added that the only good could come from the tragedy in 2012 is people had awakened to those kinds of risks. Not all compounding pharmacies across the U.S. are required to follow safety guidelines because in many states it is not mandatory, unlike Massachusetts, according to Michael Cohen.

Unlike the common practice, NECC had mass-production of injections, which should be sterile, breaking requirements for so-called “clean rooms”, where those drugs were made. According to investigators, there was no harm caused by products of compounded pharmacies in Massachusetts, unlike the case of NECC. It could be explained by the critical violation of NECC’s production requirements: in a clean room, the experts found a mold. None of the 32 pharmacies with major violations had so critical conditions, as NECC had.

A director of the Health Department’s Bureau of Health Care Safety and Quality, Madeleine Biondolillo, said before the compound pharmacies with major violations of the safety regulations should resolve the issue with the help of the investigators’ plans.

Interim public health commissioner, Dr. Lauren Smith, said that the process of inspections had led to corrective measure and so, increased compliance among sterile compounding pharmacies in the state of Massachusetts. She found the results of commissions troubling.

National standards are opened to be interpreted, according to the executive director of the Massachusetts Independent Pharmacists Association, Todd Brown. His organization represents a lot of compounding pharmacies. He also said about his believe that inspectors would resolve all the minor issues that may cause misinterpretations of some of the regulations. He added that he could not blame them for taking the strictest interpretations of the regulations and he understood their point, however, some of the interpretations were too strict.

According to Baystate Health said the problems, which caused the shutdown of the pharmacy compounding operations, were caused by issues in standardization, documentation, and infrastructure. Those issues were not related to any of contamination, adverse events or quality issues, but still, they should be resolved with the plan for the correction. Baystate Home Infusion and Respiratory Services in Springfield did not supply hospitals with compounded medications.

Jim Hermansen, the pharmacy manager, said that pharmacy’s clean room was out of date and the order on December 27 stated to replace Formica shelves and counters with other stainless still ones. He added that another state’s requirement was automatic doors, which should allow pharmacies who made sterile medications not to touch doors. His pharmacy submitted a plan to correct the issues and now the pharmacy is waiting for the state approval. He pointed out the public good was the most important and state requirements were a little bit “picky” in some cases, however, he thought that changes could be a good thing in the perspective.

Will The Pharmacists Perform More Activities To Save Lives?