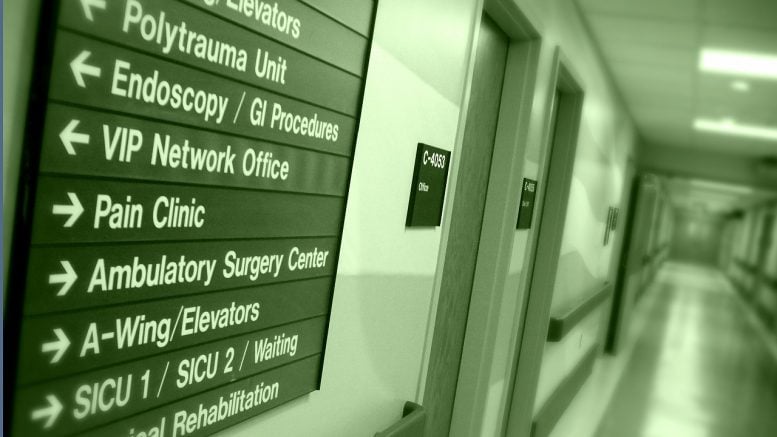 According to the U.S. Government Accountability Office (GAO) report in 2003, nearly 10% of medications administered in the U.S. are made by compounding pharmacies. State health pharmacy boards are licensing and oversight compounding pharmacies in their states since pharmacies do not need an approval from the Food and Drug Administration (FDA) to release their medication on the market. In most cases, it helps people to obtain lower-cost medications that also could be customized for their treatment by the order from the physician. Academy of Compounding Pharmacists says those medications could be created for patients who found their drugs, produced by pharmaceutical companies, ineffective.

One of the compounding pharmacies is based in Massachusetts and called New England Compounding Center (NECC). Last week NECC recalled its contaminated steroid injections which are designed to treat inflammation and pain. On 6th of October, NECC also announced the recall of all other products, regardless the indication that other products are contaminated as well.  During the inspection of the NECC plant on October 1 this year, federal health inspectors found a fungus in one of the unopened vials of steroid.

As the result of those steroid injections, 105 people were infected with illness and eight people have died, according to the U.S. Centers for Disease Control and Prevention (CDC) report. Meningitis, which is caused by the shots, is in rare and noncontagious from and infected nine states as for now. The number of illness cases reported is still increasing significantly, so state and federal authorities are investigating the outbreak as quickly as possible.

Until the FDA finish the investigation, NECC voluntarily surrendered the license to operate on October 3. The FDA asked healthcare providers not to use any products from NECC until they investigate the case completely.

The Food and Drug Administration has already asked doctors, clinics and consumers to stop using any of the pharmacy’s products. The pharmacy on Wednesday voluntarily surrendered its license to operate until the FDA investigation into the contamination is complete. According to authorities, there are about 75 medical facilities in 23 states received the steroids from that pharmacy. Here is the list of those facilities.

Between May 21, 2012, and September 24, 2012, about 13,000 people may have received the methylprednisolone acetate, contaminated by a fungus, according to the CDC. They also said that the most of the cases took place in the state of Tennessee: four deaths (the last one occurred in September this year) and 35 infected patients.

Dr. John Dreyzehner, Tennessee Commissioner of Department of Health, said that in their state they estimated about one thousand people who were at risk because they had potentially received some of the medication. The Department of Health continues to be in contact with people who might have been taking the contaminated medication. He also said that there had not been any exposures since clinics were contacted by the department several weeks ago and told about contaminated injections.

Deaths from the contaminated medications have been reported in states of Michigan, Virginia, Tennessee, and Maryland. Cases of illness were reported from North Carolina, Ohio, Florida, Indiana, and Minnesota. You can view states, which reported about related issues here.

According to the CDC, meningitis is spinal cord and brain membranes inflammation. It could be caused by fungi, but commonly it is caused by infections and sometimes by a virus or bacteria. In the case of the breakout, the meningitis is not contagious and very rare. Unlike meningitis, which is caused by infection, virus, or bacteria, fungal one if very mild at fist and appears more gradually, but with similar symptoms: nausea, fever, headache, the stiffness of the neck. However, patients with fungus meningitis could also experience some other conditions, like dizziness, confusion, or discomfort, caused by bright lights. Symptoms could occur separately, or several for the same time.

Chairman of the Department of Preventive Medicine at Vanderbilt University Medical Center, Dr. William Schaffner, had another point of view and said in his interview to CNN that fungal infections were not usually mild and invaded small blood vessels, so vessels started to bleed. In some cases, the infection caused blood vessels clot. Both of cases could lead to small strokes symptoms.

Those patients who began showing symptoms listed before and received an injection at one of the facilities beginning May 21, 2012, should see their doctor right away because those people who get treatment in the early stages of the illness have more chances to survive.

According to the CDC, patients may need to be treated for more than one month, because the anti-fungal medication is administrated intravenously and patients should be admitted to the hospital.

The U.S. Food and Drug Administration is appealing anyone who experienced any health issues followed after the NECC injection to report it to their voluntary reporting program MedWatch. It can be done online at www.fda.gov/medwatch/report.htm or by calling 1-800-FDA-1088 (1-800-332-1088)

1 Comment on "Meningitis Outbreak Caused By The Compounding Pharmacy"