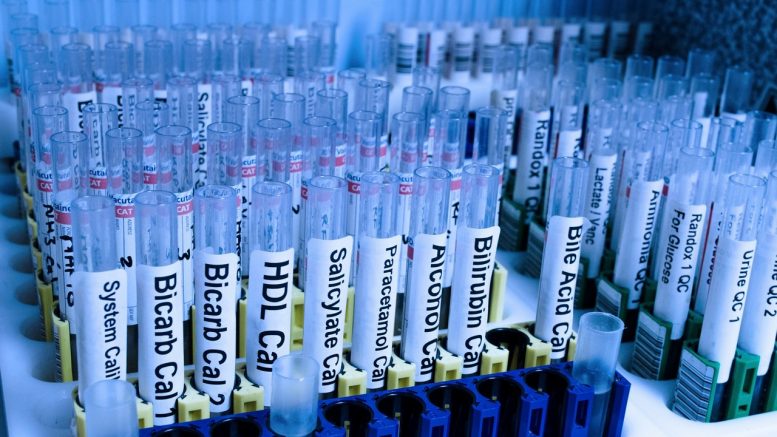 The New England Compounding Center (NECC) sent its customers a “Quality Assurance Report Card” telling consumers about the cleanliness of NECC laboratories, despite the fact that their own internal tests showed contamination. In the first half of this year, NECC sent charts to their customers where there is was stated, that contamination in their so-called “clean rooms” did not exceed the standard. In those rooms, NECC produced steroid methylprednisolone acetate that caused 28 deaths during the meningitis breakout in the United States this year.

Federal investigators found internal testing results and disclosed them on Friday (October 26). According to those tests, about 33 samples from the clean rooms contained foreign matters, like mold, or bacteria. In the case of any contamination occurred in those rooms, NECC should remove the contamination right away and check their medications for contamination as well. During their own investigation, federal health investigators found mold in clean rooms and in more 80 vials of the steroid. They describe it as black foreign matter. According to the investigators, that lot of steroids was produced in August this year.

The U.S. Food and Drug Administration (FDA) reported about 62 surface samples from two clean rooms, and each of those samples contained mold or bacteria. However, there is no evidence of NECC took any corrective measures or investigated the issue further. On the top of that, NECC did not check if the products made in those rooms were contaminated as well.

According to NECC’s reports to their customers, there was no contamination found and an air excursion rate was 0.25% in the period from January 2012 to June 2012. But according to their internal reports, the air excursion rate was about 40% for two out of five samples taken during the internal testing. And media fill success rate is 100%, because personnel prepared sterile medications correctly, according to the same internal report.

Boston Globe showed the card, which was sent by NECC, to three consultants. They explained, that hospitals and other health facilities the scientific data from the compounding pharmacy to be sure that compounds meet the standards. In the case of NECC’s Quality Assurance Report Card, no scientific data was provided (like how many tests were conducted to detect the contamination), and so consultants describe the card as a promotional brochure.  The NECC’s spokesperson said that the company is not going to comment it.

About 3,000 NECC’s customers received its report card which covered the period when steroids caused the meningitis breakthrough were produced. About 360 cases of meningitis across 19 states were caused by the medications claimed to be produced in clean rooms which have no any signs of contamination. The card was designed to assure the patients, clinics, and other health providers that NECC tested their products for microbial contaminants and sterility. Furthermore, in the period from January 2012 to June 2012, those tests showed 100% success.

Barry Cadden, former lead pharmacist and co-owner of NECC, signed the report. He also encouraged the customers to save the report to show it to a private accrediting agency, government regulators, and the Joint Commission during inspections, as, in his words, NECC met all the standards and requirements.  The Quality Assurance Report Card states that New England Compounding Center had established an extensive program for monitoring air and surface samples for clean rooms in order to ensure the preparations are compounded in the cleanest environment and to achieve the compliance with pharmaceutical industry requirements.

New Jersey-based pharmacist and safety consultant to the industry, president of Clinical IQ, Eric Katango, said that he has found that some health care organizations are not aware of what questions should be asked to compounding facilities in order to be sure that those companies met all requirements and standards dictated by pharmaceutical industry and law. He added that if a company had a nice brochure and this company represented the ability to fill a need with drug shortages, nobody would ask the hard questions. Those healthcare providers are led to believe that compounding pharmacies are legitimate, but it should be examined each time independently.

The agency inspectors do not specifically ask hospitals for their outside compounding pharmacies sterility reports, however, they usually examine copies of contracts with outside vendors signed by a hospital. Compounding pharmacies are those vendors as well. The commission does not specify, if sterility reports should be a part of those contracts, according to the spokeswoman for the Joint Commission, Elizabeth Zhani.

NECC was closed earlier in October this year also surrendering its license permanently. Three company’s pharmacists, including Cadden, surrendered their licenses as well. The FDA that also investigated the case of NECC released the report to show what practices were used for safety and sterility in its clean rooms and what contaminations was spread in its labs in the period of January – September 2012.

Can I Be Paid For Parmachological Service?