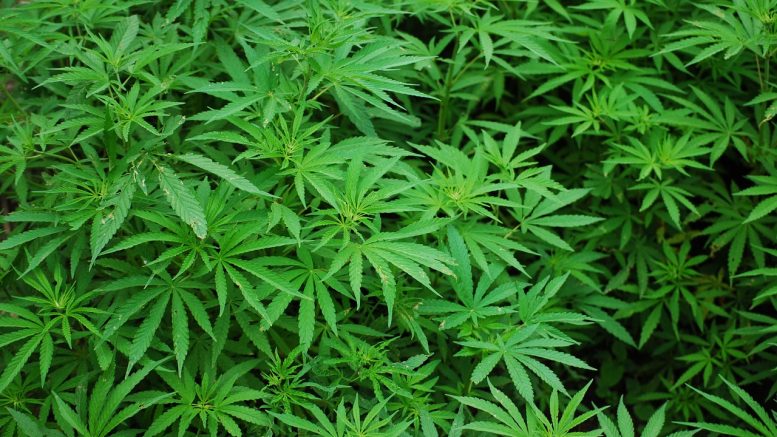 James Feeney, a surgeon in Connecticut, heard from his patients that they did not wish to take a painkiller called oxycodone, and were going to smoke marijuana instead. Oxycodone is a painkiller from the opioid family and is one of the medicines behind the painkiller abuse epidemic in the United States. Feeney was surprised because every patient who told him about using marijuana had done pretty well and did not have pain.

Feeney conducted a self-funded study in order to research the issue. During the medical trial at Saint Francis Hospital and Medical Center in Harford, he compared the effectiveness of opioid painkillers and marijuana for acute pain treatment. There is some evidence for the effectiveness of marijuana in chronic pain treatment, but Feeney studied its effectiveness for acute pain only, as opioid drugs are usually used to treat that kind of pain. Feeney said that this study was an attempt to end the opioid epidemic.

Here you can find an article about another possible way of opioids addiction treatment.

Indeed, the opioid epidemic and painkiller abuse are major issues in the U.S. Most overdoses are caused by painkillers that contain heroin, morphine, or oxycodone. In 2015, more than 30,000 people died from painkiller overdoses, according to the National Institute on Drug Abuse (NIDA).

Compared to opioids, marijuana is less addictive and dangerous. Treatment of acute pain is not the only possible use for marijuana. Other uses include the treatment of chronic pain and making opioid withdrawal easier, as it can mitigate cravings.

The research on marijuana use for pain treatment is difficult, mostly because of federal regulations. Marijuana is in the tightly restricted category of Schedule I drugs. This means scientists have to apply for a license first. They can get the license from the U.S. Drug Enforcement Administration (DEA), but the process can take a long time to be completed. After getting the license, scientists have to get marijuana for their study, which can only be obtained from a farm at the University of Mississippi.

Yasmin Hurd, a Mount Sinai neurologist who has the license and can study marijuana, said that studying different formations of marijuana would be hard if you can only get compounds from one source. She also added that applying for the license could take “years”. This is very important to her study since she is not only interested in the psychoactive chemical called tetrahydrocannabinol (THC) but in another chemical called cannabidiol (CBD). Unlike THC, CBD does not get people high but affects the brain’s receptors indirectly. According to Hurd, CBD can mitigate the cravings of heroin addicts to their drug. She explained that patients relapsed because they were in conditions that spur cravings and it would be possible to control their cravings by controlling their anxiety, which is possible with CBD. Now, Hurd is running a trial to learn if CBD could help patients with heroin addiction.

In 2015, 28 clinical trials found evidence that compounds extracted from marijuana were beneficial when it came to chronic pain treatment.  Some studies also found a link between the states where marijuana is legalized and lower deaths caused by opioid painkiller overdoses. Also, in those states, the number of prescriptions for painkillers is lower, as is the abuse rate.

Dan Clauw, who runs his studies in a pain lab at the University of Michigan, published survey results of their study of marijuana use by patients with chronic pain. According to their study, patients cut their opioid painkillers use by about 65%. Clauw said that patients felt better when they used marijuana for their pain treatment rather than opioid painkillers. He explained it by side effects that are the common issue for people who take opioids. Those side effects are constipation, dizziness, or even breathing issues. As marijuana affects a different set of receptors, those side effects are uncommon.

Unlike Clauw, who refused the idea of studying marijuana effect on the molecular level because of the difficulties with getting a license, Saint Francis Hospital and Medical Center in Hartford is able to avoid those difficulties since marijuana is legal for medical use in Connecticut. However, Feeney does not provide his patients with the drug directly, preferring to certify the patient to use it. In this case, the patient can pick up their prescription at a pharmacy. These marijuana strains were pure and potent, compared to the University of Mississippi ones.

Sixty patients with acute pain due to rib injuries were enrolled in the new study. Researchers chose patients specifically with rib injuries because this kind of pain commonly lasts about six weeks. Half of the patients would use opioid painkillers for their treatment and the other half would use marijuana. Doctors do not limit patients in their choice as the part of the trial. As of right now, there are a small number of patients enrolled and all of them have chosen marijuana over opioid painkillers.

DOAC And Nursing: Something New