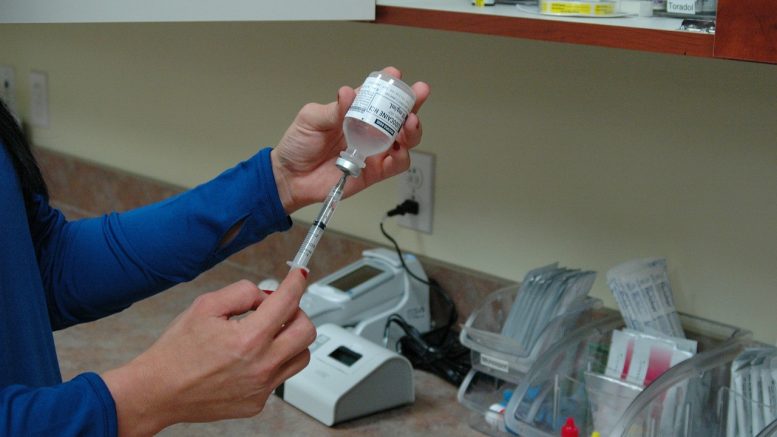 Evzio, an injectable drug for opioid overdose reversal, is now six times more expensive than it used to be. The price jump caused an outrage from different entities from health care providers to the United States Senate. Evzio’s price jumped from $690 to $4,500 in the last three years.

The drug contains a substance called naloxone. Naloxone helps to save the lives of people with a substance abuse disorder when they overdose on their drug. The United States Food and Drug Administration (FDA) approved Evzio as a medication that was designed to be used by anyone, even people without any medical training (it is available in a nasal spray). Use of Evzio is simple, so people who have a drug abuser in their family could save their family member without any difficulties in the case of overdose. Police officers are another group of people who commonly use the medication to save the lives of addicts.

The public’s reaction would be less harsh if the United States opioid epidemic were not so severe. However, the number of deaths caused by opioids addictions is still growing. It is four times higher than it was in 1999. During the period from 1999 to 2014, overdoses took the lives of 183,000 people across the U.S.

Thirty-one United States senators sent a complaint letter to Kaleo Pharmaceuticals (Evzio’s maker) stating that the price rise is a threat to U.S. families and communities because they rely on naloxone to save lives. In the letter, they pointed out the price hike to be concerning, especially while Congress is working on expanding access to the medication so communities can equip first responders with naloxone. The letter highlights the importance of naloxone in helping save abusers’ lives and the lifesaving function of Evzio.

Associate professor of health policy and management Pinar Karaca-Mandic, of the University of Minnesota, said there was a highly inelastic demand for naloxone. People are willing to pay for the medication simply because they do not have any other alternatives. She added that there had been a big shift in demand, caused by the high usage of naloxone by ambulances and hospitals. She also said the opioid epidemic had increased demand for the drug.

According to Karaca-Mandic, the only way to stop drug and other pharmaceutical products’ price from hiking is changing the rules. Right now, society wants to reward innovation, and pharmaceutical companies are trying to recoup the costs spent on research and development, which is one of the reasons for the price change. She said policy-makers’ goal should be increasing competition in the market, which would prevent this behavior. Karaca-Mandic also added that the FDA decreasing regulations or prompting other pharmaceutical companies to produce generic versions of naloxone would speed up alternatives.

The FDA does not review or approve prices for drugs that were set by pharmaceutical companies or distributors, even in cases when those drugs were approved by the agency. However, the FDA also commented on the situation with the price hike. It said naloxone was a lifesaving medication for people with opioid overdoses, which makes it very important.

FDA spokesperson Michael Felberbaum said the opioid overdose is an urgent health priority, and the agency recognized that emergency treatment of overdoses is an issue. In this case, the agency still needs to improve access to the medication to save more lives. He pointed out the importance of finding ways to make the drug more accessible as the part of the agency’s plan of opioid action.

Kaleo Pharmaceuticals (Richmond, Virginia) stated that the reported prices for Evzio, $690 and $4,500, were incorrect. Those prices were taken from the New England Journal of Medicine. The company’s CEO, Spencer Williamson, said the price of $4,500 was not a true net price for anyone, including pharmacies and distributors, because of lots of discount programs and negotiated prices in supply chains that make up the U.S. health care system. He pointed out $4,500 to be a wholesale price for distributors selling to pharmacies.

Spencer Williamson also added that Kaleo Pharmaceuticals launched an access program for patients in February last year after the list price for their drug increased. With the program’s help, more Americans can get naloxone at $0 out-of-pocket price. On the top of that, Kaleo donated about 200,000 doses of Evzio to first responders, non-profit organizations serving patients with opioid abuse, and public health departments.

Pros And Cons Of Becoming A Pharmacist