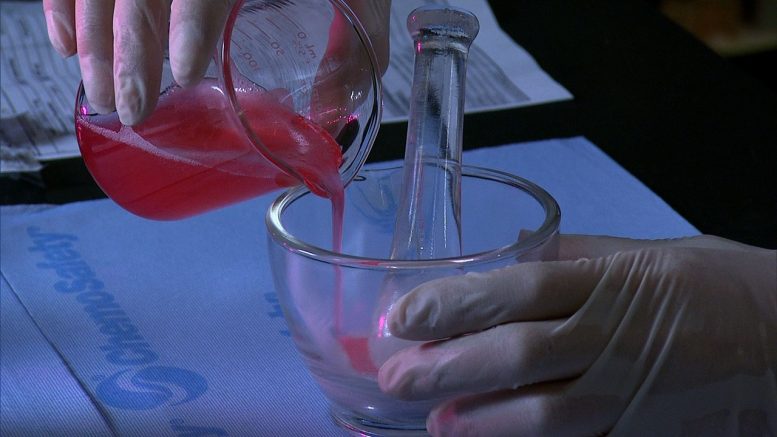 The New England Compounding Center (NECC) in Massachusetts produced a lot of different drugs and sent them to health care facilities across the United States. In September 2012, NECC recalled its steroid injections that were contaminated with fungus. The first contaminated methylprednisolone injections were produced in May of 2012. According to the Food and Drug Administration, 19 facilities in Oklahoma received drugs from NECC, but in this state, no one reported about fungal meningitis case. Because of the contamination, about 700 people were sickened with fungal meningitis. 48 people died because of the disease.

In this article, you can find an information about NECC’s report.

Christopher Kelly, the FDA spokesperson, said the recent tragic meningitis outbreak caused by the compounding pharmacy had shed an important light on the compounding pharmacies area that was struggled to be overseen by state and federal agencies. He stated that the FDA would continue to use its authorities in light of fungal meningitis to protect consumers. According to Kelly, the FDA is not going to limit the common compounding pharmacies, which are usually used to compound the medication for a specific patient, but non-traditional pharmacies that compound a lot of medications. He could not comment on Red Cross Drug pharmacy in Lowlyn, Oklahoma because the investigation is still pending.

Red Cross Drug Pharmacy in Lowlyn was under the FDA investigation in 2004. That year the FDA cited significant violations of the Food, Drug, and Cosmetic Act. The main concerns were drugs duplicating drugs available on the U.S. pharmaceutical market and drugs compounded for animals without animal identification to receive treatment.

Any issues found at pharmacy?

However, there are more than 10 observations made by the FDA investigators, according to their report on Red Cross Drug pharmacy. Some of them are not proper gowning wear, improper sterilization techniques used during the compounding process, and lack of proper staff training.

The editor of the International Journal of Pharmaceutical Compounding, Loyd Allen, believes that part of it should have been done before. He pointed out the importance of services provided by compounding pharmacies, including compounding of drugs, which are in the shortage lists. He added that medication shortages had complicated the U.S. health care system and hospitals across the states were trying to buy medications for their patients, while medications were not available on the market. However, so-called “gray area” exists around what the pharmacy cannot or can do in case of a shortage, according to Loyd Allen. He explained that most of the pharmacies were doing a great job by filling the void. On the other hand, people mostly hear about those pharmacies, which did not fill it at all or did it in not a proper way, because of abiding standards or poor training.

Compounding pharmacies are allowed to make medications in case of their shortages on the market. This helps to increase the access to the medication and avoid further complications. The shortages are more common to the U.S. pharmaceutical market. For example, there were more than 250 drug shortages in 2011.

An Up-To-Date Institution Of Medications