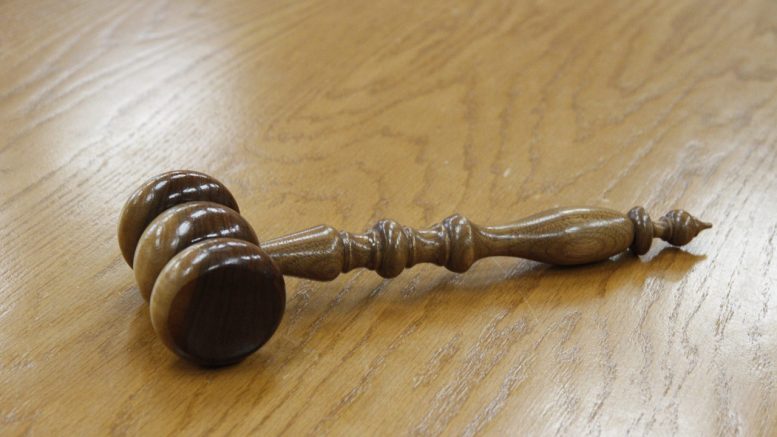 KV Pharmaceuticals, the Bridgetown-based pharmaceutical company that specializes in producing women healthcare solutions is trying to suit state and federal agencies. According to KV, those officials put pregnant women’s health at risk. However, it seems to be on of efforts of the drug maker to survive. KV filed a lawsuit against Medicaid officials in states of Georgia, South Carolina and Illinois trying to make them pay for their Makena medication. Makena is medication from KV pharmaceuticals, which was designed to reduce the risk of preterm birth. As for now, only in Georgia, a federal district judge ruled in the favor of KV Pharmaceuticals.

Makena was not invented by KV Pharmaceuticals, but they have got an approval from the U.S. Food and Drug Administration (FDA) and so were able to sell their branded medication exclusively for seven years without any competition. Before Makena, health care providers usually prescribed non-branded version of the medication to reduce the risk of preterm birth. The drug called 17P, progesterone hormone, cost about $15 per shot, depending on a pharmacy and the state.

Because of KV Pharmaceutical pricing policy for Makena, the FDA had to decline their exclusive right to sell the medication. The lawsuit was filed towards the Food and Drug Administration as the KV’s try to restore its exclusive rights on the market.

Initially, KV set the price at $1,500 per shot. This decision made health care professionals, advocacy, and other groups, like March of Dimes, outraged. March of Dimes said that the price of $1,500 made the drug unaffordable for most of the patients. After losing their rights on the exclusive production and selling of Makena, KV lowered their price for medication to $690 per shot in April 2011. In some states, the price was set even lower – less than $300, according to KV’s spokesperson.

Here is an article about the outrage caused by the price of Makena.

KV Pharmaceuticals criticized 17P drug and the allowance for companies to dispense it because of it questionable safety and purity. According to KV, an active ingredient is delivered from China, so it does not have a required quality and purity. Chinese factories are not regulated by the FDA and most of them were not even inspected.  KV Pharmaceuticals also stated that their research demonstrated that about 65% of all 17P vials they tested were lower quality, compared to Makena and one vial of 17P has not contained an active ingredient.

The FDA still says that the approved medications, such as Makena, provide patients with an assurance of effectiveness and safety, despite the fact that the FDA’s testing of non-branded compounded vials of 17P did not show any major safety problems. The FDA disclosed the results of its 17P testing in June this year. Also, the FDA sent a letter with a warning to Wedgewood Pharmacy (New Jersey) after discovering the high volume of Makena “copies” made in the compound pharmacy. The FDA warned that enforcement action could be possible in case if the pharmacy will not stop that kind of compounding.

The federal Centers for Medicare, as well as Medicaid Services are also “helping” KV Pharmaceuticals in the case of Makena. In June this year, they sent an official letter to Medicaid programs in order to remind them their responsibility to cover products, approved by the FDA, that qualify as “covered outpatient drugs”. Medicaid officials in states of Georgia, Illinois, and South Carolina have changed their policies and Makena will be covered only after the prior authorization. But still, they prefer less expensive non-branded medications to be prescribed, rather than high-cost Makena.

Any chances for KV Pharmaceuticals?

The KV’s chances to survive are pretty low, according to Wall Street analysts. On Friday, company’s shares were closed at $0.11 per share, which is pretty low for the most traded Class A common stock. On the top of that, analysists from different investment companies find KV Pharmaceutical chances to win in courts pretty futile, as cases like this one are usually won by state and federal entities. They also pointed out this move by KV to be a desperate one.

Despite the situation that seems to really despair for KV Pharmaceuticals, several lawsuits were ruled in its favor. One of them led to restriction for Georgia Medicaid officials in denying Makena prescriptions coverage. Another court decision is still under the question in Illinois, where Medicaid officials approved only three Makena prescriptions out of 71, according to KV Pharmaceuticals. Now those officials are accused by KV of systematic denial of medical care to the poor.

On August 4, when KV Pharmaceuticals failed to pay about $95 million to their partner, who helped them in developing Makena (Hologic Inc., Massachusetts), it filed for federal bankruptcy protection. It listed debts of $728 million and assets of $237 million.

According to experts, creditors will not be able to recover much from the KV in this case. They explained it with the loss of trust, nation-wide outrage, caused by the company’s pricing for Makena and destroyed value of Makena itself.

Be the first to comment on "Lawsuits From KV Pharmaceuticals"