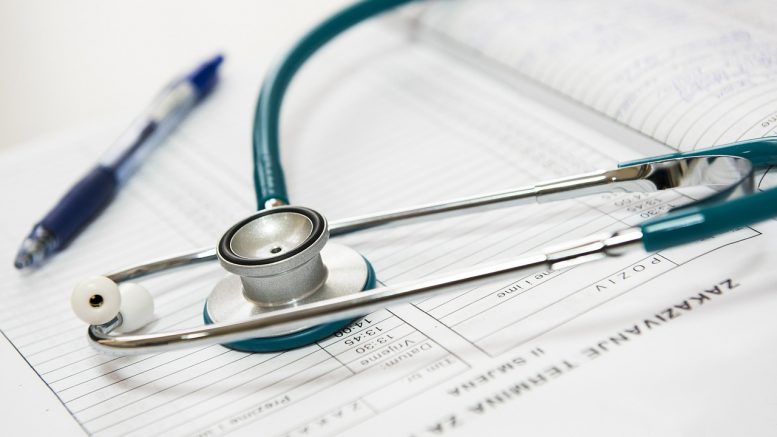 According to the Workers Compensations Research Institute (WCRI) study, which was published in July this year, patients pay up to 3 times more to physicians who dispense commonly used medications to workers’ compensation patients (like painkillers) rather than pharmacies. The price is usually depending on the state where the doctor and pharmacy are located, however.

This study could explain the increased number of physicians who dispense medications for workers’ compensation patients and why there are limits on the amount of money could be charged by doctors. But the higher profits could be not the only reason for higher prices. Doctors may charge more than pharmacies also because they pay more to obtain the medications they sell.

A senior researcher at Workers Compensations Research Institute, Dongchun Wang, examined 2007-2008 and 2010-2011 work-related injuries claims, which were paid during those periods. According to the study, those claims are usually processed by private insurers. The study compared 23 states including those where dispensing of medications by clinicians is prohibited: Texas, Massachusetts, and New York. The epicenter of doctor dispensing drugs for WC patients is the state of Illinois. The percentage of all prescription medications dispensed by doctors to WC patients increased up to 17%. From 26% in 2007-2008 to 43% in 2010-2011. According to the study, the number of spending on WC medications dispensed by physicians was 22% of total spending in 2007-2008 and 63% in 2010-2011.

As most of the physicians in other states, doctors in Illinois increased prices even when pharmacies lowered their prices. Most of those medications were generics. One of the good examples is Vicodin: patients could get it for 54 cents in pharmacies or for 87 cents in doctor office or clinic during the period from 2007 to 2008. In 2010-2011 the price for Vicodin as $1.44 (66% higher than it was in 2007-2008), regardless the pharmacy price that was decreased and it was only $0.53. The most popular medication that physicians prescribed in 2010-2011 to WC patients was hydrocodone/acetaminophen, which is a highly addictive painkiller. Next were ibuprofen, tramadol, and other drugs of the same type. The price for over-the-counter medications was increased as well and it was about 15 times higher than pharmacies price. The, even more, choking difference was in Maryland, Georgia, and Florida, where the price from Zantac (ranitidine) was $0.33-$0.42 at pharmacies (Walgreens, in this example) but patients paid about $4-$7 for one pill of the same medications. The variety of the price is determined by the quantity of the medication and its strength.

The study reports that during the last five years the number of states closed the gap between prices at pharmacies and physicians who dispense medications to WC patients. The states, which closed the gap, in most cases just limited physician reimbursement to their average wholesale price (AWP) that pharmaceutical manufacturers charge their customers (compounding pharmacies included). In some other states, physicians are not limited but allowed to add on a fee for dispensing.

According to Wang, supporters of physician say that reducing the number of clinicians who can charge patient will cause them to stop medications dispensing and it will lead to worse patient care. On the top of that, dispensing physicians are also increasing medical adherence and how strict patients follow the instructions since they have no need to go to the pharmacy to fill their prescriptions. This will also make the treatment to start earlier than it could be with pharmacy refills.

You can read more about ways of adherence increase in this article.

However, California regulations that were analyzed during the study didn’t affect much on physicians who dispense medications to WC patients. The regulation in California was implemented and launched in 2007, and according to the law, pharmacies and physicians have to charge the same amount, so they are equalized. Doctors dispensed about 55% of medications to WC patients in the Q1 of 2007. In the 2010-2011 period, when regulation affected on the dispensing, a number of medications dispensed by physicians were 53%, which is only 2% less.

Later, physicians started to buy less expensive medications without packaging in bulk. This considered to be a reason for the decreased price in 2010-2011, however, Wang did not provide details of the study regarding this issue. As pharmacies are dispensing a wide range of medications, both generic and brand-name, the decrease of the amount of dispensing physicians, who sell mostly generics, would not make the price at pharmacies higher, as it was predicted by supporters of physicians. This argument was completely undercut by the WCRI study.