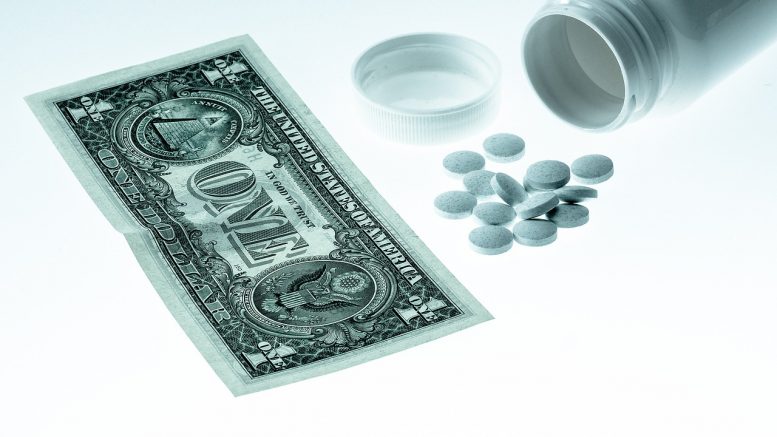 K-V Pharmaceutical have cut off its pregnancy drug Makena price from $1,500 per dose to $690 per dose, several days after the Food and Drug Administration (FDA) allowed compounding pharmacies to make the generic version of the medication, which was designed to prevent preterm delivery, called 17P (synthetic form of progesterone; Hydroxyprogesterone caproate) without legal obligations. Unlike 17P, Makena was approved by FDA and this was a serious advantage of the medication. Although the price of $690 seems to be significantly lower than $1,500 price, it is still way too much compared to $20 patients paid for 17P.  For a whole treatment period woman would spend about $14,000 for Makena (which is a half of the old total price of $30,000) but still, there is an option to pay only $400 for 17P in one of many compounding pharmacies. That make Makena price ridiculous and 50% lower price does not seem to be a great proposal.

You can find out more about the outrage caused by Makena pricing.

K-V pharmaceutical company tried to prevent any negative reaction on their pricing politics by announcing Comprehensive Patient Assistance Program for their medication. The program should assist those women who cannot afford Makena. K-V also told that they were trying to expand rebates for Medicaid pointed out the new pricing politics will bring net cost savings for Medicaid and commercial health insurance program, however, there is no a single mention of how it would be done and what will be the amount of savings.

All the measures by K-V Pharmaceuticals to prevent further conflict were useless. March of Dimes, the organization which is working to improve the health of mothers and their babies, stopped working with K-V even though K-V donated about $1 million since 2006. Next reaction was from compound pharmacists, who claimed former CEO of K-V Pharmaceuticals for selling oversized morphine sulfate tablets after he has told about compounded versions of Makena might not be safe (he told about P17, non-approved by FDA).

Professor of obstetrics and gynecology at the George Washington University School of Medicine and Health Sciences, Dr. John Larsen thinks the price should be lower. He said, “they have got to move a decimal point over one more time,” meaning the price should be $69 per injection of Makena, not $690. He added that his patients could get a dose of P17 for $30 (sometimes the price is even lower). It is not about high K-V profit, it is about the price being way to higher than it should be because K-V did not make any research regarding their medication and all the substances used to produce Makena are really cheap.

And it is easy to understand an outrage of health care professionals: until February 2011 there was not a single version of P17 approved by FDA. After FDA granted K-V exclusive rights to make approved version of P17, K-V Pharmaceuticals not only priced their medication at $1,500 but also sent warning letters to compound pharmacies, saying they could be legally obligated by FDA, if they would continue to compound synthetic form of progesterone.

Until early this year, an FDA-approved version of 17P was not available. So the only alternative for women was to take a prescription for the drug to a compounding pharmacy which produced individual batches of the drug for between $10 and $20 per dose. After those actions of K-V, FDA was in not the best position, since it cannot affect on pricing policy for medications and news about pricing caused an outraged reaction.

Instead, FDA makes an announcement and said that compounding pharmacies are free to make their version of the drug freely. The only thing left to K-V is to explain the medication price to be high simply because of the expensive research made. And here is another reason for a furor around pricing politics for Makena: K-V did not make any research and used study and research of National Institutes of Health (NIH), according to FDA announcement. This was a total collapse of K-V excuse. The last chance for K-V, in their opinion, was to stress the attention on FDA-approval, but instead of telling about Makena approval, K-V stated that compounded versions are not safe.

After this struggle, David Miller, executive vice president of the International Academy of Compounding Pharmacists, sent an email to a reporter with Justice Department press release about Marc Hermelin, former chief executive of K-A. There was the guilty plea of Hermelin. He was accountable for K-V pharmaceuticals actions (selling larger morphine sulfate tablets without FDA permission) as the responsible officer and was sentenced to 30 days in jail. In addition, he was fined for $1,000,000.

Hermelin was charged as the “responsible corporate officer” accountable for K-V’s actions. Those actions included making and selling morphine sulfate tablets as much as twice as heavy as a normal pill and failing to notify the FDA of the extent of the pill-making problem in its operations in 2007 and 2008, according to the press statement. That was one of a few legal difficulties found in K-V Pharmaceutical’s Securities and Exchange Commission filings. K-V agreed to pay fines in the total of about $27.6 million for not reporting about morphine sulfate tablets to FDA. Since the accident, FDA supervised K-V’s production and K-V reported about the influence of such approach on their financial position. In their December report, they mentioned their hard financial position in case if Makena wouldn’t be approved by FDA.

There is no doubt, that FDA approval is very important, but pharmacies that make 17P medication are licensed and there should not be any concerns about the medication they compound. On the top of that, production of preterm birth medication is regulated by the states. FDA approval means medication was tested during clinical trials and it is impossible to test all the doses of compound medication during those trials. In any case, FDA could forbid compound pharmacies to produce one or another medication, if FDA considers it to be unfair to pharmaceutical companies.

Be the first to comment on "Makena Price Is Lower Now"