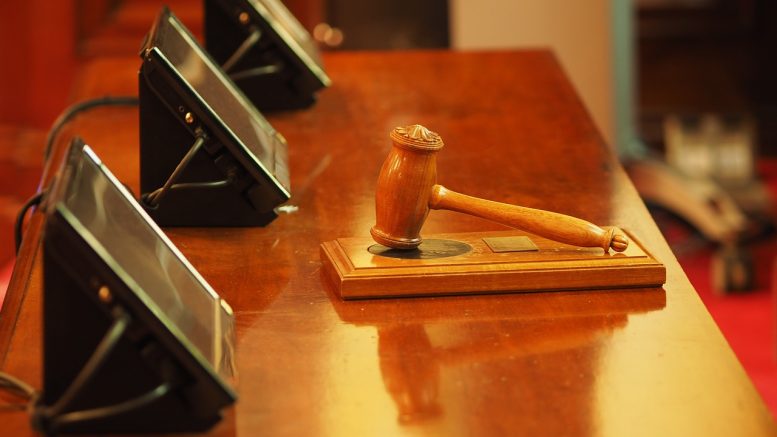 Government officials called this case the largest case of healthcare in the United States history. GlaxoSmithKline PLC, the pharmaceutical company was pleaded guilty and agreed to pay $3 billion for the case settlement. This agreement between the U.S. officials and the GlaxoSmithKline company is still waiting for court approval and would resolve broken U.S. laws allegations in development and marketing of pharmaceuticals. The case is No. 12-cr-10206, U.S. v. GlaxoSmithKline LLC, The United States District Court for the District of Massachusetts.

Here is another article about such kind of settlement paid by Merck.


One of them is marketing Wellbutrin for off-label uses, like the treatment of sexual dysfunction and weight loss, while it was approved for major depressive disorder and seasonal affective disorder treatment. Another one is promoting Paxil (another antidepressant) to patients under 18 years old, while it was approved only for adults, according to the U.S. Department of Justice (DOJ) investigation. The other issue is GSK didn’t provide the U.S. Food and Drug Administration (FDA) with the safety data about Avandia, diabetes drug developed by GSK, according to prosecutors. This is also the violation of U.S. law, as well as the promotion of Paxil and Wellbutrin, providing misleading information about their products through journal articles and providing doctors with spa treatments and meals (which is considered to be illegal kickbacks).

GlaxoSmithKline’s agreement is really unusual since guilty pleas in cases of corporate misconduct are extremely rare. This misconduct is not something new for GSK and it was started in late 90’s. After, in 2007, Avandia’s safety data case took place.

The company agreed to plead guilty to three criminal counts, each of them is related to one medication and all of the counts are the misdemeanor. British manufacturer said that it would pay $3 billion settlement through existing cash resources and announced the related to legal claims charge in November 2011. This settlement includes civil fines ($2 billion) and criminal fines ($1 billion). The settlement is not the first in the history of GSK: Avandia settlement took $2.4 billion charges from the manufacturer. In 2011, GSK paid nearly $41 million to the District of Columbia and 37 states because of another case, which was related to Puerto Rico substandard manufacturing factory.

The No. 2 official at the U.S. Department of Justice, James Cole, said the agreement to settle those charges was unprecedented in both scope and size. He also added that it was a clear warning to any company that chose to break U.S. law. He pointed out the action to be historic.

GlaxoSmithKline company agreed to not only pay the charge but also agreed to new restrictions to prevent the use of prohibited methods of marketing (kickbacks, for example). As the part of the agreement, GSK is required to change its program of executive compensation and allow the company get back those costs, which were spent on those engaged in GSK’s misconduct, however, the company won’t be able to compensate its salesmen who based on sales goals.  For five years the inspector general of the Department of Health and Human Services (HHS) will watch after the so-called “Corporate Integrity Agreement”.

Another age for GSK

According to Chief Executive Officer of GSK, Andrew Witty, the company has changed their compliance procedures as well as marketing and selling ones. He also said that employees who have engaged in misconduct have been removed. He added that this case began a different era for GlaxoSmithKline PLC and misconduct would not be tolerated. In his written statement, he expressed their regrets and ensures, that GSK has learned from mistakes that were made by the company.

The settlement amount is even larger than the last criminal case of Pfizer Inc. settlement. In 2009 Pfizer agreed to pay $2.3 billion to settle claims against its 13 medications that were marketed improperly. These two cases are similar and show how the U.S. government prevent pharmaceutical products from improper and illegal marketing. It could be explained by increasing the price of medications, provided through the U.S. government programs, like Medicaid.  From 1994 to 2003, GSK plc did not pay to Medicaid, program designed to help poor U.S. residents with affordable health care, and so part of civil fines present claims for that unpaid money. Prosecutors explained that GSK had an obligation to provide the U.S. government with the best prices for their medications but the company failed to do that and so $300 million will go to public health authorities and states as the settlement. The amount of portion of civil fines, which will go to a group of whistleblowers, who are eligible for a part of the settlement under the False Claims Act as they contributed in government’s investigation is not determined, according to James Cole.