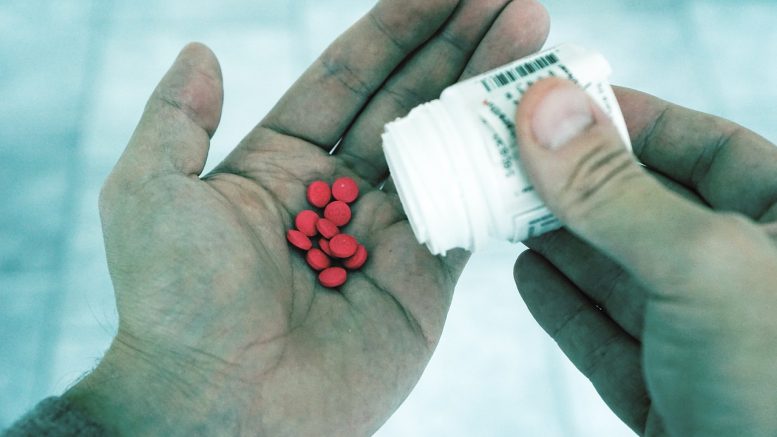 At some point in life, about 8% of the U.S. residents will have Post-Traumatic Stress Disorder (PTSD) and about 5.2 adult people in the U.S. are affected annually. As for militaries, the number would be different: about 11-20 veterans out of 100 Afghanistan or Iraq veterans will have PTSD.

Another group of adults with high chances to get PTSD are women who were sexually assaulted. 55% of women in the military said they had experienced sexual harassment and 23% reported sexual assault when in a military.

According to the report published in the American Medical Association, powerful painkillers were prescribed to the U.S. veterans, who suffer from post-traumatic stress disorder along with physical pain. Those medications not only powerful but also lead to a lot of other issues like suicide thoughts and alcohol or drugs abuse, according to the government report released in the beginning of March. Despite this fact, those veterans with substance abuse taking painkillers are more likely to get even more prescriptions, comparing to veterans with physical pain and without PTSD.

You can read more about substance abuse and its treatment in another article here.

Another aspect of the issue

The issue becomes even bigger, considering the fact that self-injures, suicides and overdoses of drugs or alcohol are more common for veterans who have painkillers dependence. CBS reported about 80% increase in suicide rates in 2004-2008 among the army personnel. 17% of the soldiers have been diagnosed a mental health issue before they committed suicide between years 2007 and 2008.

In any case, medications themselves are not enough and the best treatment includes also therapy for war wounds, counseling, pain management, according to the professor at Yale University, primary care physician, who also treats drug abuse, Dr. William Becker. He also pointed out the veterans to be younger individuals in most of the cases.

Veterans with PTSD sometimes use benzodiazepines which are useless when it comes to PTSD treatment, especially Risperdal (risperidone) that is no better for PTSD treatment than placebo, one of the studies reports. On the top of that, they increase the risk of depression and PTSD.

The Associated Press also reported about the increased amount of opiate abuse among soldiers. According to the AP, a number of referrals rose during the last ten years. In the period October 2009 – June 2010, the number of referrals was more than 670.

In other cases, medications containing morphine or hydrocodone are used (strong painkillers). Those medications are Viagra or Cialis (both brand medications and don’t have a generic form). Experts said sometimes these treatments can cause even more emotional issues and so need a constant healthcare professional observation.

PTSD officially received its name in 80’s, but the condition has a longer history and even now it is more like phenomenon. According to Dr. Joseph Hullet, the issue is becoming even more serious and worse, as more soldiers return from their deployment back to the U.S from countries with high combat situations. This means an increase of soldiers suffering from different mental health issue during next years. He also pointed out in his interview to CBS the increased amount of people in services who took part in multiple deployments and so made more vulnerable.

Retired Lieutenant Colonel Steve Countouriotis served in Afghanistan and Iraq and after he came how he received a prescription for morphine for shoulder and back pain. He refused to use the prescribed painkillers and used aspirin only. He said, that he was not comfortable to use that kind of medications, which are mood-switching in his opinion. Unlike some other colleagues, he doesn’t have post-traumatic stress disorder but knows other soldiers with PTSD who got medications prescribed. Countouriotis added that doctors were too quick to prescribe PTSD medications.

The website of the Veterans Administration directed at websites where anyone could locate the nearest health care provider, so the Veterans Administration is aware of the issue. There is also some warnings on the website for those with PTSD. One of them is about using self-medication, drugs and alcohol may be devastated. The VA also states on the website that patients with PTSD would rather choose psychotherapy treatment over medications and the importance of keeping the coordination with health care providers. In their words, people with PTSD should take an active role in their own treatment, not a passive role of a patient who receives medications to treat the condition. The added that they have a lot of work to do for veterans with PTSD as pain management is now the part of the treatment.

Positive Feedback About Contrave From FDA