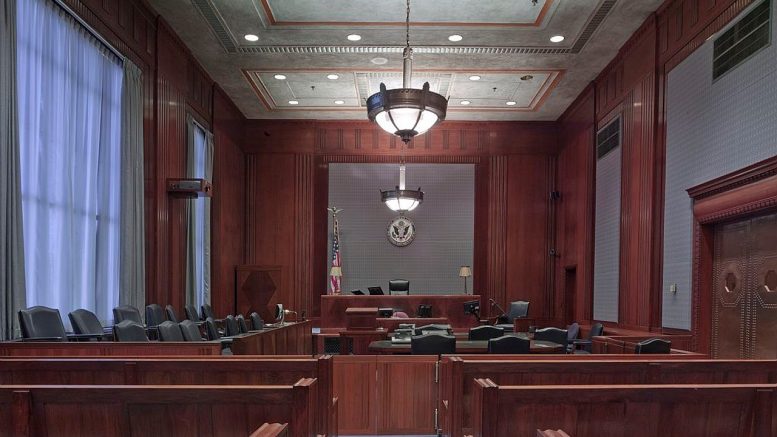 Because of the unlawful sale of pseudoephedrine (which is a key ingredient of the methamphetamine manufacturing), the largest U.S. pharmacy chain CVS will pay $75 million. The penalty for CVS is the largest for a civil violation of the 40-year-old law which was designed to reduce the traffic of the drugs and the amount of the street dealers. The name of the law is Controlled Substances Act. Also, the company agreed to report to the U.S. Drug Enforcement Administration (DEA) as the part of compliance and ethics program. The government agreed not to pursue criminal prosecution in exchange. CVS was selling the drug in Nevada and California. The fine amount is the record one for selling a key ingredient to criminals, which caused to increase production of the widely abused narcotic in California. According to federal prosecutors based in California, CVS pharmacy Inc. agreed to pay the fine and forfeit $2.6 million on the unlawful sales of the medication during 2007-2008.

Thomas M. Ryan, the chairman of CVS Caremark corporation said, that the illegal sales of pseudoephedrine-containing products were an unacceptable breach of the policies of CVS company and were totally inconsistent with the company’s core values. CVS pharmacy is a division of CVS Caremark, the company with $3.7 billion profit in 2009, which operates about 7 thousand stores. Caremark admitted, that stores in Nevada and California were vulnerable for drug makers for about a year, who bought enough medication to create a huge amount of methamphetamine.

On the other hand, the company blamed the new implemented electronic monitoring system. The system was designed to protect pharmacies from excessive purchases. Due to the Combat Methamphetamine Epidemic Act (2005) required retailers to store PSE products behind the counter, always check ID of the person, who wish to buy PSE products and limit sales of the product (the limitation is one package a day/three packages per month). The act was developed to decrease the production of narcotics.

Acting administrator of the DEA, Michele M Leonhard, said CVS agreed to fix the issue only after discovering that they had an investigation opened. Company’s policies and law violation made a direct link for a narcotics supply chain. Andre Brotte Jr, the U.S. attorney, added that the company knew it and their duty was to prevent the drug trafficking, but they failed to stop the sales of the key ingredient used by meth cooks.

The investigation began in 2008 after the arrests of dozens of people across Southern California for alleged possession of pseudoephedrine. Agents with the state Bureau of Narcotics Enforcement and local police in several cities noticed that the suspects had purchased unusually large quantities of medicines containing pseudoephedrine from CVS stores. Mike Lewis, head of the agency’s diversion program, which the main goal is to focus and resolve the growing issue of legal drugs being used for the black market, said, that officials have contacted the DEA. He also launched a review of the sales, which showed that CVS computers had wrong settings, which allowed customers to make purchases of the product about the limit set by the federal government. This allowed meth makers travel from one store to another and make purchases of pseudoephedrine. DEA called this action “smurfing”, after fantastic creatures from the cartoon. They cleaned out the shelves, especially in Las Vegas and Los Angeles areas, according to a new release.

Shana T. Mintz, assistant U.S. attorney, led negotiations with CVS, pointed out CVS sold more pseudoephedrine in S. California than in all other their stores altogether, during the period from September 2007 to November 2008.

Assistant U.S. Atty. Shana T. Mintz, who led negotiations with CVS on behalf of the government, said that from September 2007 through November 2008, CVS sold more generic pseudoephedrine in Southern California stores than in their stores in the rest of the country combined. She also said that investigators found a lot of customers who made a huge amount of purchases in a single pharmacy in one day. For example, in Huntington Park, one customer made 10 purchases in almost an hour. It’s hard to believe, but a lot of customers used their discount cards for the purchases, which points on their total confident. They didn’t seem secretive about CVS generic medications they have purchased. In the conclusion, she said, “smurfers are good shoppers as well”.

The CVS Health and Market: Good Food for Thought

Be the first to comment on "Record Fine For CVS"