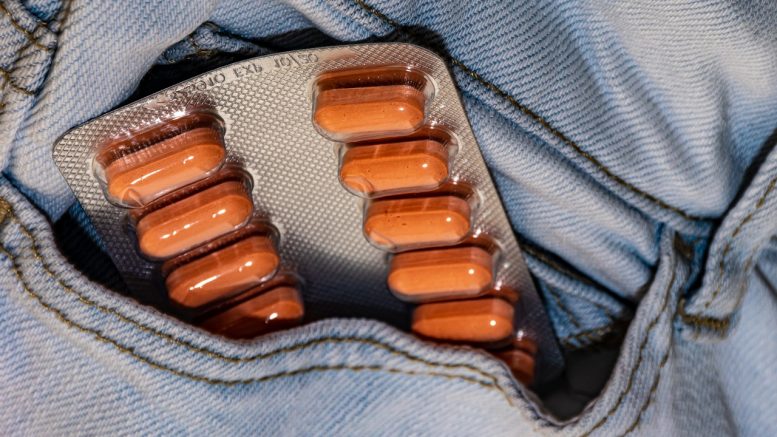 The World Health Organization (WHO) has confirmed on Tuesday that personalities experiencing COVID-19 signs avoid taking ibuprofen after French executives have warned that anti-inflammatory medications could Cause Coronavirus Complications.

The warning by French Health Minister Olivier Veran followed a modern knowledge in The Lancet medical journal that hypothesized that an enzyme supported by anti-inflammatory medications such as ibuprofen could promote and worsen COVID-19 diseases.

Questioned about the knowledge, WHO spokesman Christian Lindmeier told journalists in Geneva the UN health agency’s experts were “looking into this to give further direction.”

“In the meantime, we suggest using paracetamol rather and do not use ibuprofen as self-medication. That’s highly significant,” he stated.

He figured that if ibuprofen had been “directed by the healthcare specialists, then, of course, that’s up to them.”

His remarks came after Veran sent a tweet cautioning that the use of ibuprofen and similar anti-inflammatory drugs could be “an aggravating factor” in COVID-19 diseases.

“In the case of fever, take paracetamol,” he has signed.

The French minister emphasized that patients already being accomplished with anti-inflammatory medications should ask for information from their doctor.

The Possibility Of Severe Coronavirus Complications

Paracetamol must be taken strictly according to the prescribed dose because too much of it can damage the liver.

The COVID-19 pandemic, which has affected around 510,645 people worldwide and caused deaths of more than 23,000 (as on 26th of March, 2020), causes mild symptoms in most people but can result in pneumonia and, in some cases, the critical condition that can lead to various organ malfunction.

Even before the pandemic situation, French officials articulated the alarm over serious “serious complications” linked to the use of ibuprofen, which is marketed under different brands like Nurofen and Advil, and other anti-inflammatory medications.

A spokesperson for British pharmaceutical business Reckitt Benckiser, which makes Nurofen, said in an email statement that the organization was aware of concerns asked about “the use of steroids and non-steroidal anti-inflammatory (NSAIDs) results, including ibuprofen, for the alleviation of COVID-19 signs.”

“Customer safety is our number one advantage,” the spokesperson stated, stressing that “ibuprofen is a well-established remedy that has signified used carefully as a self-care fever and pain reducer, including in viral diseases, for more than 30 years.”

“We do not currently believe there is any proven experimental evidence linking over-the-counter use of ibuprofen to the aggravation of COVID-19,” the statement stated.

The spokesperson said Reckitt Benckiser was “engaging with the WHO, EMA (the European Medicines Agency) and other local health rights” on the issue and would give “any additional knowledge or guidance assured for the safe use of our goods following any such evaluation.”

As far as we are concerned, the World Health Organization has renewed its report on the official Twitter statement: “Based on currently accessible data, WHO does not advise against the usage of ibuprofen.” Therefore we might expect several other changes in the nearest future.

Be the first to comment on "Medications That Cause Coronavirus Complications"