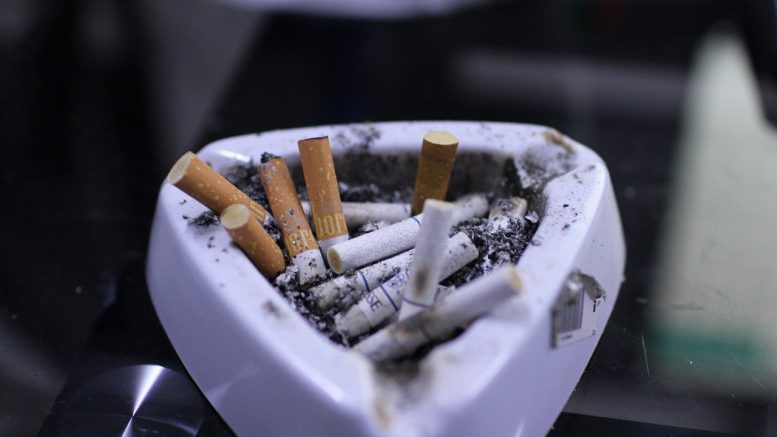 On April 29, the U.S. Food and Drug Administration announced it is committing to advancing two tobacco product standards to significantly reduce disease and death from using combusted tobacco products, the leading cause of preventable death in the U.S. The FDA is working toward issuing proposed product standards within the next year to ban menthol as a characterizing flavor in cigarettes and ban all characterizing flavors (including menthol) in cigars; the authority to adopt product standards is one of the most powerful tobacco regulatory tools Congress gave the agency. This decision is based on clear science and evidence establishing the addictiveness and harm of these products and builds on important, previous actions that banned other flavored cigarettes in 2009.

“Banning menthol—the last allowable flavor—in cigarettes and banning all flavors in cigars will help save lives, particularly among those disproportionately affected by these deadly products. With these actions, the FDA will help significantly reduce youth initiation, increase the chances of smoking cessation among current smokers, and address health disparities experienced by communities of color, low-income populations, and LGBTQ+ individuals, all of whom are far more likely to use these tobacco products,” said Acting FDA Commissioner Janet Woodcock, M.D.

“Together, these actions represent powerful, science-based approaches that will have an extraordinary public health impact. Armed with strong scientific evidence, and with full support from the Administration, we believe these actions will launch us on a trajectory toward ending tobacco-related disease and death in the U.S.”

The agency is taking urgent action to reduce tobacco addiction and curb deaths. There is strong evidence that a menthol ban will help people quit. Studies show that menthol increases the appeal of tobacco and facilitates progression to regular smoking, particularly among youth and young adults. Menthol masks unpleasant flavors and harshness of tobacco products, making them easier to start using. Tobacco products with menthol can also be more addictive and harder to quit by enhancing the effects of nicotine. One study suggests that banning menthol cigarettes in the U.S. would lead an additional 923,000 smokers to quit, including 230,000 African Americans in the first 13 to 17 months after a ban goes into effect. An earlier study projected that about 633,000 deaths would be averted, including about 237,000 deaths averted for African Americans.

“For far too long, certain populations, including African Americans, have been targeted, and disproportionately impacted by tobacco use. Despite the tremendous progress we’ve made in getting people to stop smoking over the past 55 years, that progress hasn’t been experienced by everyone equally,” said Mitch Zeller, J.D., director of the FDA’s Center for Tobacco Products. “These flavor standards would reduce cigarette and cigar initiation and use, reduce health disparities, and promote health equity by addressing a significant and disparate source of harm. Taken together, these policies will help save lives and improve the public health of our country as we confront the leading cause of preventable disease and death.”

CVS Will Support the FDA Decision

CVS Health applauded a decision by the U.S. Food and Drug Administration (FDA) to propose a policy that would ban menthol cigarettes and flavored cigars.  The company, which ended all tobacco sales at CVS Pharmacy locations in 2014, supports the move not only in the interest of public health, but also in addressing health disparities among Black communities:

“For nearly 75 years, the tobacco industry has targeted menthol cigarette marketing at the Black community, and the public health consequences of those actions have been devastating.  According to the Campaign for Tobacco-Free Kids, menthol cigarettes are more addictive and harder to quit, widening health disparities within Black communities that must be addressed. Today, tobacco use is the number one cause of preventable death among Black Americans with more than 85 percent of Black Americans who smoke reporting they use menthol products.  Menthol cigarettes continue to be heavily advertised, widely available and priced cheaper in Black communities.”

CVS Health has continued to address the health disparities tobacco causes through a $50 million investment in the company’s Be The First initiative, which has reached more than 15 million young people in an effort to help create the first tobacco-free generation.  There has been a 36% decline in new youth smokers since the program was launched.

Shortage Of Attention Deficit Drugs Found By The FDA

FDA vs. The Group of Progressive Interstitial Lung Diseases