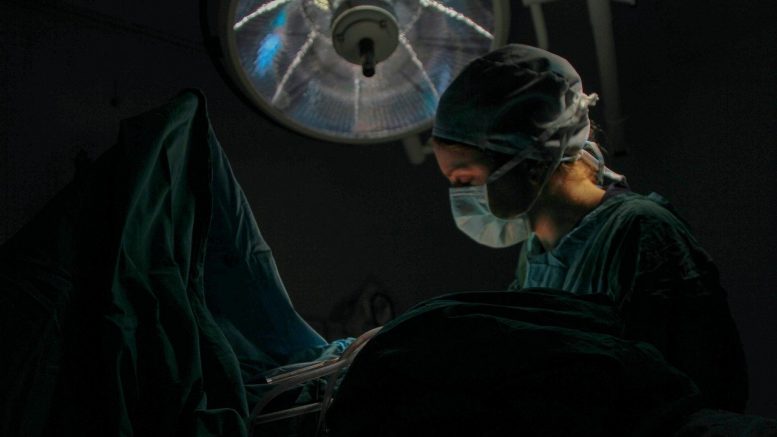 On the February 17, the U.S. Food and Drug Administration (FDA) approved the Patient Specific Talus Spacer 3D-printed talus implant for humanitarian use. The Patient Specific Talus Spacer is the first in the world and first-of-its-kind implant to replace the talus—the bone in the ankle joint that connects the leg and the foot—for the treatment of avascular necrosis (AVN) of the ankle joint, a serious and progressive condition that causes the death of bone tissue stemming from a lack of blood supply to the area.

The implant provides a joint-sparing alternative to other surgical interventions commonly used in late-stage AVN that may disable motion of the ankle joint.

“Avascular necrosis of the ankle, while a rare condition, is a serious and potentially debilitating one that causes pain and can lead to inhibited motion of the ankle joint, and in some cases, removal of part of the leg,” said Capt. Raquel Peat, Ph.D., M.P.H., USPHS, director of the FDA’s Center for Devices and Radiological Health’s Office of Orthopedic Devices. “Today’s action provides patients with a treatment option that could potentially reduce pain, retain range of motion of their joint and improve quality of life.”

AVN (avascular necrosis) is often caused by a sudden injury—such as a broken bone or a dislocated joint—or sustained damage to the tissue that develops over time, and it occurs when there is a lack of blood supply to bone tissue, causing it to become necrotic, meaning it dies.

When the bones of a joint are affected, such as in the case of the ankle, the cartilage that keeps the bones from rubbing together can deteriorate, causing arthritis and pain. Late-stage AVN of the ankle may result in the talus bone partially or fully collapsing. Current available treatments include fusing the joints in the foot and ankle together—a procedure which helps to alleviate pain caused by AVN but eliminates motion in the joint—or below-the-knee amputation.

One Japanese survey estimated that 2500-3300 cases of AVN of the hip occur each year; of which, 34.7% were a result of corticosteroid abuse, 21.8% to alcohol abuse, and 37.1% to idiopathic mechanisms. A French study reported AVN in 4.3% of allogenic bone marrow transplant recipients.

Race: No racial predilection exists except for AVN associated with sickle cell disease and hemoglobin S and SC disease, which predominantly are diagnosed in people of African and Mediteranean descent.

Age: Age at onset depends on the underlying cause. Primary AVN most often occurs during the fourth or fifth decade and is bilateral in 40-80% of cases. On average, women present almost 10 years later than men.

The Patient Specific Talus Spacer is a 3D printed implant that can be used in talus replacement surgery. The talus spacer is made for each patient individually, modeled from computed tomography (CT) imaging, and is fitted to a patient’s specific anatomy. During the replacement surgery, the patient’s talus bone is removed and replaced with the implant, which is made from cobalt chromium alloy.

While fusion may become necessary in the future should the condition worsen, talus replacement surgery with the Patient Specific Talus Spacer is intended to be a joint-sparing procedure, as it allows the patient to retain motion in the ankle joint.

“Data supporting the safety and probable benefit of the Patient Specific Talus Spacer include results from 31 patients and 32 talus replacement surgeries (one patient had operations on both ankles) with the implant. At three years’ post-operation, the average reported pain decreased from “moderate to severe” prior to surgery to “mild” post-surgery, and average range of motion in the ankle joint also improved.

These measures were assessed using standard subjective scoring systems for pain and functionality. By the three-year mark, out of 32 cases, there were three reported additional surgeries. The most common reported adverse events were pain and scar tissue at the surgery site,” – report FDA.

More Attention Will Be Paid To Women’s Health By Pharmacists