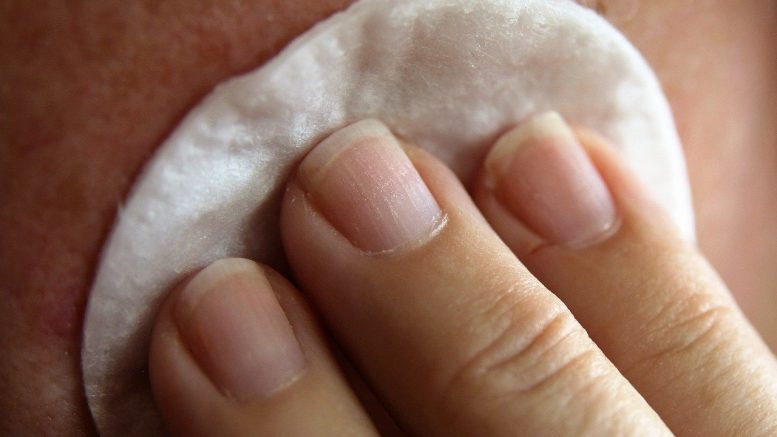 Recently. Almirall, S.A., a global biopharmaceutical company focused on skin health, announced that Klisyri (tirb anibulin) has been approved by the U.S. Food and Drug Administration (FDA) for the topical treatment of actinic keratosis (AK) of the face or scalp. Klisyri (tirbanibulin) will be launched in the US during the first quarter of 2021.

“Early diagnosis and treatment of actinic keratosis (AK) are critical since those who already have an AK are likely to develop more actinic keratoses (plural) in the future,” said Deborah S. Sarnoff, MD, President of the Skin Cancer Foundation. “Patients with AK are at higher risk for skin cancer since AKs can progress into squamous cell carcinoma (SCC), a common and sometimes invasive form of skin cancer.”

An actinic keratosis is a rough, scaly patch on your skin that develops from years of exposure to the sun. It’s most commonly found on your face, lips, ears, back of your hands, forearms, scalp or neck. Also known as a solar keratosis, an actinic keratosis enlarges slowly and usually causes no signs or symptoms other than a patch or small spot on your skin. These patches take years to develop, usually first appearing in people over 40. In the United States is estimated to be approximately 10.2% in females and 26.5% in males.

The signs and symptoms of an actinic keratosis include:

Actinic keratoses are found primarily on areas exposed to the sun, such as your face, lips, ears, hands, forearms, scalp and neck.

If treated early, almost all actinic keratoses can be cleared up or removed before they develop into skin cancer. If left untreated, some of these spots may progress to squamous cell carcinoma — a type of cancer that usually isn’t life-threatening if detected and treated early.

Klisyri is a novel, topical first-in-class microtubule inhibitor that represents a significant step forward in the treatment of AK due to its short treatment protocol (once daily application for 5 days), and proven efficacy and safety profile.

“The FDA approved Klisyri (tirbanibulin) based on the data from one of the largest Phase III clinical study programs ever conducted for a topical AK treatment, two pivotal, randomized, double-blind, vehicle-controlled Phase III studies (KX01-AK-003 and KX01-AK-004) that evaluated the efficacy and safety of Klisyri® (tirbanibulin) ointment 1% in adults with actinic keratosis on the face or scalp,” – the company said.

“These studies enrolled a total of 702 patients across 62 sites in the United States, providing robust data. Tirbanibulin achieved a significantly higher number of patients with complete (100%) clearance of AK lesions in the treated area compared to vehicle (44% vs. 5% in study 1 and 54% vs. 13% in study 2), as well as reaching the secondary endpoint of partial (≥75%) clearance of lesions” stated Andrew Blauvelt, MD, MBA, President of Oregon Medical Research Center, and one of the lead investigators of the studies.

Tabrecta (lapatinib) Approved By The FDA

Be the first to comment on "FDA Approval Of Klisyri (tirbanibulin)"