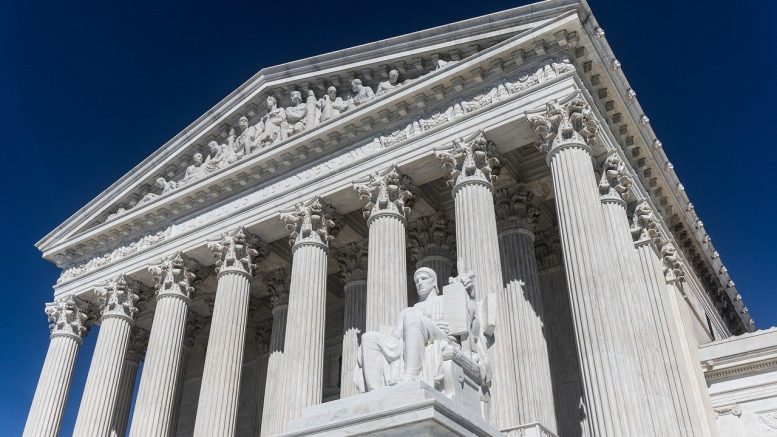 “This is a historic victory for independent pharmacies and their patients. And it confirms the rights of states to enact reasonable regulations in the name of fair competition and public health,” said National Community Pharmacists Association CEO B. Douglas Hoey, pharmacist, MBA.

In 2015, the State of Arkansas passed Act 900, a law created to regulate the practices of pharmacy benefit managers (“PBMs”). PBMs serve as a link between pharmacies and health plans. PBMs run mail-order prescription transactions, process claims, and disburse drugs. PBMs also contract with pharmacies to create pharmacy networks. For these networks, PBMs set a Maximum Allowable Cost (“MAC”) list, which specifies the maximum rate at which health plans reimburse pharmacies for dispensing generic drugs that the pharmacies bought from wholesalers.

Seeing the influence these MAC lists seemed to have on the decreasing number of local, independently run, and rural-serving pharmacies in the state, the Arkansas state legislature passed Act 900 to address the issue. Act 900 creates a system to ensure that the MAC list rates are not less than what it costs for pharmacies to purchase drugs from a wholesaler—thereby ensuring that pharmacies will not lose money when selling a generic drug.

The Pharmaceutical Care Management Association (“PCMA”), which represents some of the largest PBMs in the country, challenged Act 900 by arguing that the Act is preempted by the Employee Retirement Income Security Act of 1974 (“ERISA”).

The Eighth Circuit reasoned that Act 900, while not directly referencing ERISA, had a strong enough relation with and connection to employee benefits plans, and thus implicitly referenced ERISA, which is enough for the Act to be preempted. It further reasoned that the decline-to-dispense clause in Act 900 could render a pharmacy out-of-network for Medicare Part D, triggering preemption by Medicare Part D as well.

The State of Arkansas petitioned the Supreme Court of the United States for a writ of certiorari, which the Court granted on January 10, 2020. The parties narrowed the question for the Court’s review to whether ERISA preempts Act 900.

The unanimous (8 to 0) decision ruled in favor of the interests of patients and community pharmacies, who have been fighting for years to regulate pharmacy benefit managers (PBMs), the controversial middlemen that manage prescription drug benefits for health insurers, Medicare Part D drug plans, and large employers. With this ruling, states will have greater authority to protect their local businesses and their patients from PBM overreach.

“The Supreme Court’s ruling means that states can finally protect our patients who receive their pharmacy benefits through their employers. This win should increase drug pricing transparency, increase pharmacy access for patients, improve freedom of choice, and improve the healthcare for our citizens both during and after the pandemic.”