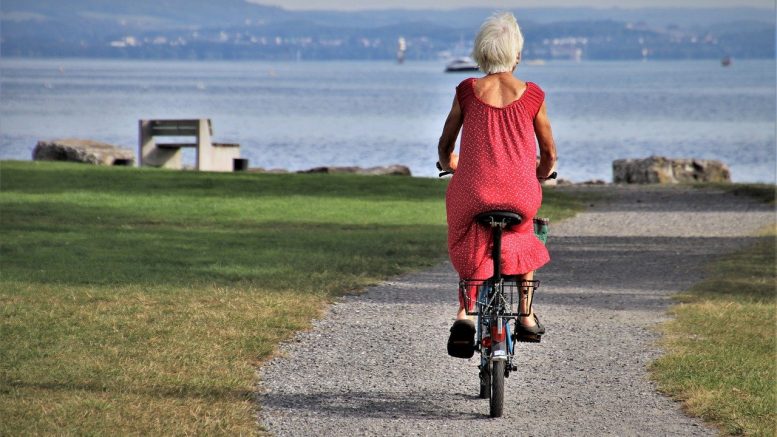 The campaign is part of a three-year, $10 million commitment from CVS Health to the Alzheimer’s Association. This year’s campaign will highlight the vulnerability of people living with Alzheimer’s and their caregivers during the current COVID-19 pandemic.

“The COVID-19 pandemic has been challenging for all our customers, but families impacted by Alzheimer’s have been particularly vulnerable,” said Eileen Howard Boone, SVP of Corporate Social Responsibility and Philanthropy, CVS Health. “This campaign will support Alzheimer’s Association care and support programs, including online and virtual programs, to help these families during the current pandemic and beyond.”

What Is Alzheimer Disease?

The most common early symptom of Alzheimer’s is difficulty remembering newly learned information because Alzheimer’s changes typically begin in the part of the brain that affects learning. As Alzheimer’s advances through the brain it leads to increasingly severe symptoms, including disorientation, mood and behavior changes; deepening confusion about events, time and place; unfounded suspicions about family, friends and professional caregivers; more serious memory loss and behavior changes; and difficulty speaking, swallowing and walking.

People with memory loss or other possible signs of Alzheimer’s may find it hard to recognize they have a problem. Signs of dementia may be more obvious to family members or friends. Anyone experiencing dementia-like symptoms should see a doctor as soon as possible.

Plans For The Future

“Since the pandemic, the Alzheimer’s Association has been committed to expanding our virtual resources for Alzheimer’s and dementia caregivers, while also educating the public about the unique challenges facing these caregivers,” said Donna McCullough, chief field and development officer, Alzheimer’s Association. “Joining forces with a respected health leader like CVS Health will give even greater visibility to these efforts and enable us to continue to support families affected by Alzheimer’s during this critical time.”

The in-store fundraising campaign launched November 1, at CVS Pharmacy locations nationwide. During the campaign CVS Pharmacy customers will have the opportunity to contribute to the Alzheimer’s Association by rounding up the change on purchases to the next dollar.

“The Alzheimer’s Association is grateful for the commitment and enthusiasm CVS Health brings to the fight against Alzheimer’s,” McCullough said. “The funds raised through our partnership will bolster our efforts to support families facing Alzheimer’s and advance much needed research that will one day change the future for millions.”

Be the first to comment on "CVS Health VS Alzheimer Disease"