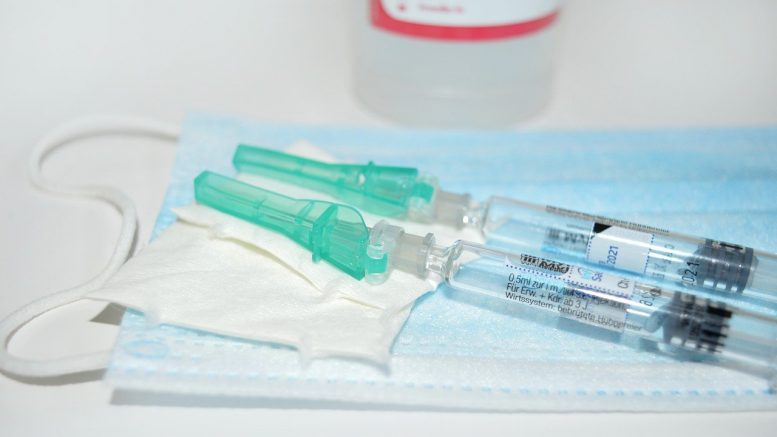 During the ongoing pandemic pharmacies chains talk, about Americans are rushing to pharmacies causing record flu shot demand. These actions, in the opinion of public health may help avoid a “twindemic”, combination of season flu, and COVID-19 infections.

“CVS Health Corp. has already surpassed the 9 million flu shots it gave during the entire previous season and expects to double that number by the end of this cycle, a spokesman said. Walgreens Boots Alliance Inc. has administered 60% more doses in its U.S. stores than at this point last year, said Rina Shah, group vice president of pharmacy operations,” – reported in the article.

“We would be extremely happy if the level of demand we’re seeing now remains consistently high across the next several months because that would translate to much higher coverage than we’ve seen in recent years,” said Ram Koppaka of the U.S. Centers for Disease Control and Prevention, the agency’s associate director for adult immunization.

According to the information from Walgreens pharmacy, this year more seniors are coming for flu shots than usual. People 65 and older, who are at higher risk of developing complications if they contract Covid-19, are driving demand for high-dose flu shots, causing some delays.

“In the age of social distancing, vaccinators have had to develop new ways to give flu shots. Walmart Inc. started hosting flu clinics twice a week in stores and created a system to schedule appointments online. Demand is double what it was at this time last year, the retail giant said. We’ve really tried to make people aware of the flu shot, make them convenient and make sure we have flu shots to offer,” said Walmart Chief Medical Officer Tom Van Gilder.

Seniors started streaming in to get vaccinated earlier in the season, Walgreens’s reported.

According to media reports some independent pharmacies and providers have experienced delays. About 20 independent medical practices across the U.S. have reported difficulty receiving ordered flu vaccines, especially the high-dose shots, to Aledade Inc., which supports over 7,300 providers across 26 states.

“The need is high, because the news keeps saying, ‘Hurry and get your flu vaccine, this is your greatest protection against Covid,” Christi Siedlecki, the clinic’s chief executive officer, said at the time. “The reality is, everybody’s anxious to get it, but we don’t have it.”

In southern Oregon, Grants Pass Clinic had to scuttle its lineup of flu vaccine clinics last month after it ran out of the high-dose vaccine. Buy the way, an expected delivery day was delayed by regional wildfires and hurricanes elsewhere in the U.S. “The pandemic has brought new urgency to this year’s influenza season, which typically kicks off in October and peaks in the winter months.

Influenza and the coronavirus are respiratory illnesses that look similar, and both can be deadly, creating the threat of overwhelming hospitals. The flu killed more than 22,000 in the U.S. last season, and the still-raging coronavirus has already taken more than 220,000 American lives.

Getting a flu shot, while imperfect, offers a two-fold benefit of protecting oneself and preserving precious medical resources. Yet less than half of adults received one last year, according to the CDC,” – was reminded to the patients in the article.