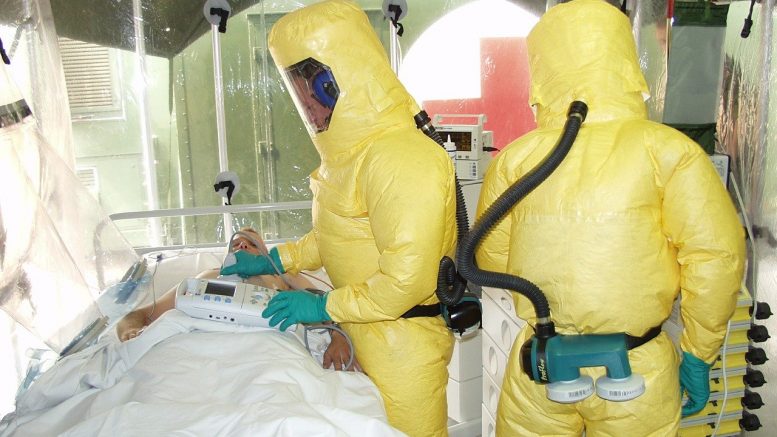 On October 14, through immediate press-release FDA (Food and Druf Administration of U.S.) approved Inmazeb (atoltivimab, maftivimab, and odesivimab-ebgn), a mixture of three monoclonal antibodies, as the first FDA-approved treatment for Ebola (Zaire ebolavirus) infection in adult and pediatric patients.

“Today’s action demonstrates the FDA’s ongoing commitment to responding to public health threats—both domestically and abroad—on the basis of science and data,” said FDA Commissioner Stephen M. Hahn, M.D. “This approval was made possible because of our steadfast dedication to facilitate the development of safe and effective treatments for infectious diseases as part of our vital public health mission.”

FDA warnings that Zaire ebolavirus, commonly known as Ebola virus, is one of four Ebolavirus species that can cause a potentially fatal human disease. Ebola virus is transmitted through direct contact with blood, body fluids and tissues of infected people or wild animals, as well as with surfaces and materials, such as bedding and clothing, contaminated with these fluids. Individuals who provide care for people with Ebola virus, including health care workers who do not use correct infection control precautions, are at the highest risk for infection.

“Inmazeb targets the glycoprotein that is on the surface of Ebola virus. Glycoprotein attaches to the cell receptor and fuses the viral and host cell membranes allowing the virus to enter the cell. The three antibodies that make up Inmazeb can bind to this glycoprotein simultaneously and block attachment and entry of the virus,” – was published.

“Today’s approval highlights the importance of international collaboration in the fight against Ebola virus,” said John Farley, M.D., MPH, director of the Office of Infectious Diseases in the FDA’s Center for Drug Evaluation and Research. “The urgent need for advanced therapies to combat this infectious disease is clear, and today’s action is a significant step forward in that effort.”

The most common side effects: fever, chills, tachycardia (fast heart rate), tachypnea (fast breathing), and vomiting; but, all these symptoms are from Ebola virus infection too. Patients who receive Inmazeb should avoid the concurrent administration of a live vaccine due to the treatment’s potential to inhibit replication of a live vaccine virus indicated for prevention of Ebola virus infection and possibly reduce the vaccine’s efficacy.