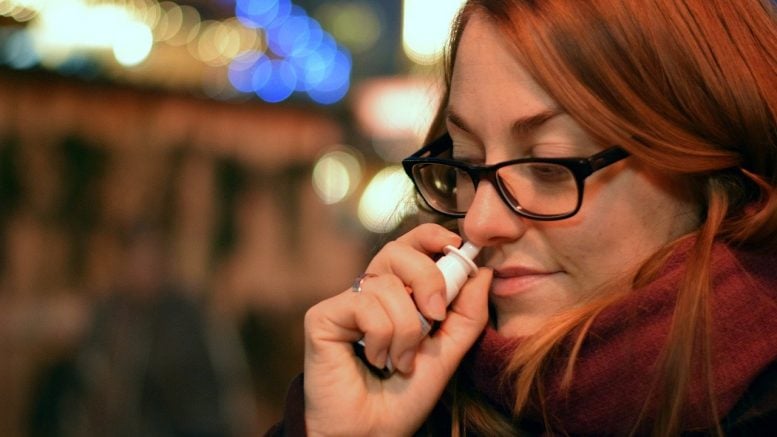 A few days ago FDA gave a permission to use sketamine (Spravato; Janssen) CIII nasal spray for the treatment of depressive symptoms in adults with major depressive disorder (MDD) with acute suicidal ideation or behavior. Mental illness affects 40 million adults in the United States age 18 and older, or 18.1% of the population every year.

Major Depressive Disorder – The leading cause of disability in the U.S. for ages 15 to 44. MDD affects more than 16.1 million American adults, or about 6.7%of the U.S. population age 18 and older in a given year. While major depressive disorder can develop at any age, the median age at onset is 32.5 years old. More prevalent in women than in men.

Besides FDA approved Janssen’s supplemental new drug application (sNDA) for patient who suffer from depression and other mental illness that needs to be taken with antidepressant.

According to Janssen press release “Spravato is the first and only approved medicine that has been shown to reduce depressive symptoms within 24 hours, providing a new option for significant symptom relief until a longer-term, comprehensive treatment plan can take effect”.

Dr. Jess Fiedorowicz, director of the Mood Disorders Center at the University of Iowa and a member of the FDA advisory committee that reviewed the drug, described its benefit as “almost certainly exaggerated”.

“Company (Janssen) has previously been criticized after esketamine’s first approval back in 2019. During clinical trials, 3 patients who took the drug died due to suicide. The problem, critics say, is that the drug’s manufacturer, Janssen, provided the FDA at best modest evidence it worked and then only in limited trials. It presented no information about the safety of Spravato for long-term use beyond 60 weeks. And three patients who received the drug died by suicide during clinical trials, compared with none in the control group, raising red flags Janssen and the FDA dismissed”.-  Kaiser Health News informs.

The whole course of treatment for esketamine estimated to be between $2,360 and $3,540, which also raises questions about its wholesale acquisition cost (WAC).

Appropriate Use And Warning

Therefore, esketamine carries a Boxed Warning which provides the buyer with information about possible Risk Evaluation and Mitigation Strategy (REMS) and the risk of suicidal thoughts and behaviors, and is available at REMS-certified treatment centers.

“Janssen is working to responsibly educate and certify treatment centers in accordance with the REMS so health care providers can offer esketamine to appropriate patients. The effectiveness of esketamine in preventing suicide or in reducing suicidal ideation or behavior has not been demonstrated,” – Janssen report Permission for using esketamine plus found on 2 identical phase and 3 clinical trials.

Be the first to comment on "Esketamine Nasal Spray New Indication"