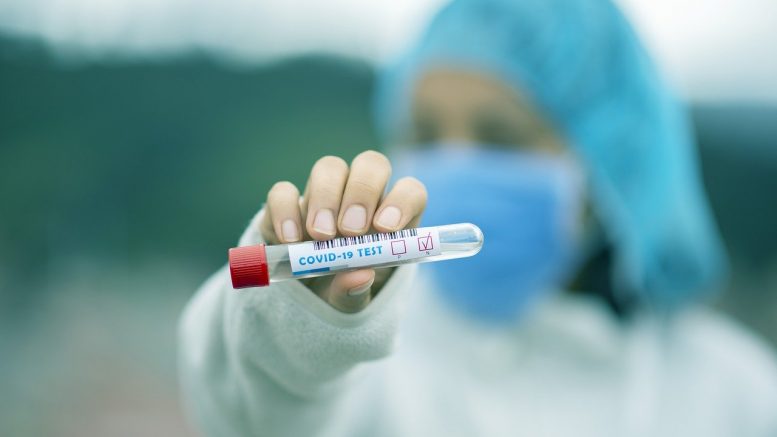 New York Gov. Andrew Cuomo announced an executive order on May 22 that allowed licensed druggists to order COVID-19 testing recommended by FDA through pressure use support identify SARS-CoV-2 or its antibodies; administer COVID-19 checks subject to CLIA certificate of waiver in outpatients assumed of a COVID-19 disease.

Thought of having grown from COVID-19 disease, subject to completion of relevant training hosted by the New York Department of Health, and be chosen as fitted health care specialists to show a limited-service laboratory to test patients for COVID-19 disease or its immunoglobulins.

These charges, to remain in place through the duration of New York’s emergency information, are compatible with HHS guidance.

Tests for dual eligibles—those employed in both Medicaid and Medicare—will remain to be charged to Medicare, not Medicaid. The administrative order enters billing systems and conditions.

The state’s Medicaid supervised care plan will provide a separate direction on billing for the COVID-19 trial.

Drugstores that are now paid for a review by a source other than Medicaid will not be permitted to bill Medicaid on top of that.

On May 28, Ohio, Gov. Mike DeWine stated a new Ohio Board of Pharmacy rules that allow pharmacologists to order and administer coronavirus analyses. Ohio is one of several states to allow drugstores to provide COVID-19 testing or specimen number.

But, unlike many other states, DeWine indicated to the Ohio Pharmacy Association (OPA) that he would direct Ohio’s Medicaid program to create codes that allow drugstores to bill for tests on program recipients.

The new Ohio rule changes initiated by the DeWine organization align with HHS guidance on pharmacist-initiated trial and eliminate regulatory hurdles that before stood in the way of apothecaries seamlessly ordering and managing COVID-19 testing Antonio Ciaccia, OPA director of management and public affairs.

“[OPA] spoke at length with Gov. DeWine about both the right and economic obstacles in the way of pharmacist-initiated COVID-19 trial. He very much appreciated that if the state wants to expand way to COVID-19 testing at drugstores, that adequate reasons must be designed to make that happen,” Ciaccia said.

In appreciation of the value of apothecaries in increasing access to the trial and other services, “[DeWine] has performed to working to guarantee that there is a financially viable pathway for pharmacologists to conduct testing for Medicaid recipients.”

It’s unclear when pharmacologists will be able to begin billing for analyses on Medicaid sufferers, but it could lead to coverage by other payers, Ciaccia responded.

“Often, Medicaid and Medicare plans lead the way for management with private payers. In Ohio, Gov. DeWine has been committed to expanding patient access to the trial, and we are sure that once Medicaid gets pharmacist-initiated trial up to and running, other business payers will begin including coverage.”

He added that the combination of private insurers in managing the state’s goals to improve access to COVID-19 testing quickly is crucial to replacing normalcy and reinvigorating the economy.

In Ohio, “the truth is that the Medicaid business still has to figure out how to achieve [DeWine’s orders],” stated Rebecca P. Snead, administrative vice chairman and CEO of the National Alliance of State Pharmacy Associations.

HHS has sent a clear signal to states that they want to eliminate any barriers to pharmacologists being able to order and send these analyses.

However, the agency’s administration told nothing about reimbursement for the examinations themselves or pharmacologists’ assistance—or who would pay them, Snead assumed.

“But it’s cheap to link the fact that you can’t require anyone to do these searches without paying them for doing it.”

Private insurers have performed to making tests possible at no cost to recipients. “But that doesn’t mean that any provider—apothecaries or anybody else—will get rewarded for administering the examination,” Snead state.

“That fact that sufferers won’t be filled for the test is enormous, and it’s a good soundbite, but it doesn’t mean anything.”

Ciaccia is inspired by state action but also wary of the federal government’s lack of specific intent to pay COVID-19 inspectors. “Other administrators across the country are turning to druggists as a certain element of combatting this pandemic,” he stated. “President Trump and CMS should replace the lead of our state managers on the ground to guarantee our nation’s seniors have the same access and standard of care as our Medicaid recipients.”