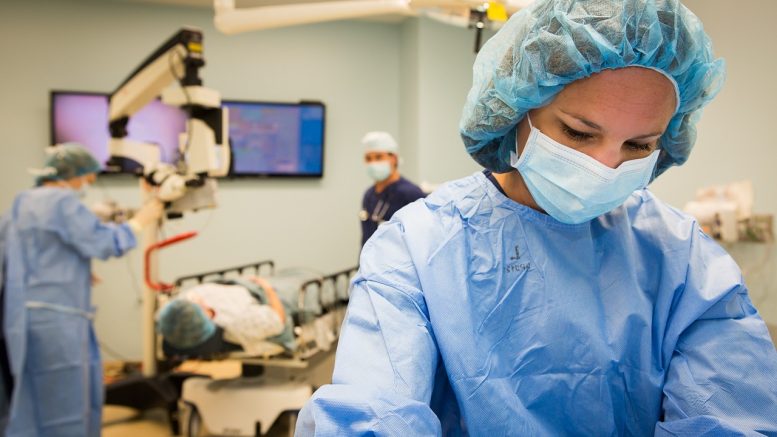 In ovarian cancer, an illness that returns within six months of employment following platinum-based treatment is described as platinum-sensitive. A patient’s platinum-sensitivity status can vary with minor arrangements made in clinical practice; nevertheless, oncologists treating these patients have a variety of therapeutics free to choose from, Bobbie J. Rimel, MD, said during a presentation at the 2020 SGO Winter Meeting.

Rimel, an assistant professor of gynecology and obstetrics at Samuel Oschin Comprehensive Cancer Institute, stated that early investigations by Maurie Markman, MD, served to elucidate platinum-sensitivity in ovarian cancer. Study investigators had looked at how patient response to treatment changes over time, she replied. When they went back to perform secondary cytoreduction, a system that has since fallen out of favor, they discovered that the vast preponderance of patients still had tumors.

The usual course of therapy means that the case shows the first response to first-line treatment, then the physician follows up with CA-125 or radiographic imaging. Current guidelines do not establish when to perform these tests, and Rimel said that the definition of “platinum sensitive” can change based on how often the practitioner screens for recurrence.

About 70% to 80% of patients will fall and receive a second course of treatment that leads to a second answer or stability.

Practitioners treating sufferers with platinum-sensitive ovarian cancer can choose from a range of treatments, including doublet chemotherapy with or without bevacizumab (Avastin) and PARP inhibitors, such as rucaparib (Rubraca), niraparib (Zejula) and olaparib (Lynparza).

Support for platinum doublet chemotherapy goes as far back as 2010 with the CALYPSO trial, which examined carboplatin and pegylated liposomal doxorubicin (CD) versus paclitaxel and carboplatin (CP). The median progression-free survival (PFS) favored the CD arm at 11.3 months versus 9.4 months with CP (HR, 0.821; 95% CI, 0.72-0.94; P = .005).1

Taken together, conclusions from these four studies show that the addition of bevacizumab to a chemotherapy doublet results in lengthened PFS.

Not all sufferers are eligible for bevacizumab maintenance. Rimmel said PARP inhibitors are a better choice for those with active fistulas or non-healing wounds, poorly managed hypertension, and proteinuria. Data from 2 studies, Study 19 and SOLO-2, show that olaparib can improve PFS in this population and especially in patients with BRCA-mutant disease.

In Study 19, sufferers were allowed to either olaparib at 400 mg twice daily (n = 136) or placebo (n = 129). Eligible patients had platinum-sensitive, relapsed, high-grade serous ovarian cancer who had undergone ≥two previous platinum-based regimens and had a partial or complete answer to their most recent platinum-based regimen. The median PFS was 8.4 months in the olaparib arm versus 4.8 months for placebo (HR, 0.35; 95% CI, 0.25-0.49; P <.001).5

Findings from a prespecified analysis of Study 19 revealed that median PFS was significantly longer in the olaparib group among patients with a BRCA mutation than in the placebo group (11.2 vs. 4.3 months; HR, 0.18; 95% CI, 0.10-0.31; P <.0001).6 The phase III SOLO-2 trial evaluated the benefit of olaparib maintenance treatment in patients with BRCA-mutated ovarian cancer. Patients were assigned to 300 mg of twice-daily olaparib (n = 196) or placebo (n = 99).

Be the first to comment on "Ovarian Cancer: Modern Treatment"