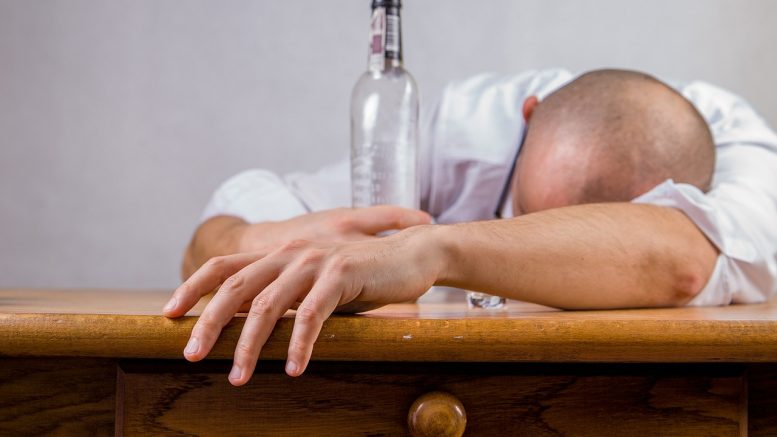 Alcoholism is quite rampant and its effects are even worse than most people know. While alcohol abuse leads to dependency, it can also result in other disorders, among them anorexia and bulimia. Before delving into these disorders. We first define them and talk about their symptoms.

What is an Eating Disorder?

Eating disorders can occur at any stage of one’s life, but they are most common in teens and young adults. They are medical illnesses that can stand alone or be accompanied by other conditions such as anxiety, depression, and substance abuse.

Anorexia nervosa is an eating disorder where one develops unrealistic body goals and always believes  they are overweight no matter how untrue that it. Sufferers of this disorder have a fear of gaining weight and will avoid eating at all costs. Due to the nutrition deficiency in the body, a person suffering from anorexia could suffer infertility, organ failure, bone loss, and brain damage.

Those suffering from Bulimia nervosa engage in sessions of binge eating that they then try to reverse by forcing themselves to throw up or by using laxatives and diuretics. Laxatives and diuretics help a person vomit easily, which them leaves them feeling lighter. While one may feel like they have lost weight after throwing up, they have not lost any, in the real sense. Nutrients and calories are absorbed by the body upon consumption and so the exercise is futile. The most one can lose after such an activity is water-weight.

Just like any disorder or addiction, these eating disorders are believed to be triggered by environmental, psychological, and biological elements. It is believed that childhood trauma, genetics, and poor self-esteem contribute to eating disorders.

Common and most telling signs of an eating disorder include avoidance of social gatherings where food is served, ritualistic eating habits, weight fluctuations, and obsession with calories, obsessive dieting, and depression.

How is Alcohol Related to Eating Disorders?

Studies show that those with alcohol dependency tend to have other disorders, chief among them eating disorders. 8% to 41% bulimics are alcohol abusers while 10-12% of anorexics are likely to have an alcohol problem. National Eating Disorder Organization (NEDA) notes that at least 50% of those battling an eating disorder are also battling substance abuse. These statistics cut across all genders. NEDA also notes that people with eating disorders and aged between 15 and 24 are 10 times more likely to die young than their healthy peers.

Are Alcohol and Anorexia Related?

While it is true that one disorder does not necessarily have to explain the other, it is clear through numerous studies that these two are related. While alcohol contains empty calories that cause weight gain, it has been seen to facilitate dehydration and vomiting, and thus an effective tool for anorexics. Slang to explain the relationship, “drunkorexia” has been coined too.

Although it cuts across all genders and age groups, drunkorexia is most common among college-going women who find themselves unhappy with their current body situation. They also have the privacy that their college rooms offer and the freedom to consume alcohol. Another way that alcohol connects with anorexia is the calming of nerves that it gives the user and the easing of guilt that comes from not eating. Momentarily, an alcohol user forgets that they are harming themselves through starvation.

Alcohol abusers will avoid eating during the day to create space for the caloric ingestion they will do later in the evening, but the main issue is of course the lack of nutritional value in those calories.

How are Bulimia and Alcoholism Related?

Bulimics will engage in periodic sessions of binge-eating and then they will take themselves through a session of starvation to reduce the impacts of the binge. While at it, they will induce vomiting too to get rid of excess foods consumed. It has been observed that the binging sessions are triggered by some internal factor, mostly psychological. A binge-eater is more often than not, using food to escape from a thing or situation.

Most people who binge-eat will follow the session up with a vomiting session. Bulimics will use alcohol to ease the guilt of eating too much and vomiting or to escape some issue in their lives that they would rather not deal with. Both binges – alcohol and eating are often followed up with excessive alcohol consumption to escape the guilt.

Another reason why bulimics binge on alcohol is its ability to help them vomit easily. Consumption of alcohol in large qualities leads to alcohol poisoning which makes one sick and prone to excessive vomiting that could easily lead to dehydration. Unfortunately, this also exposes the sufferer to sexual assault as they are in no position to control what is happening to them. This also leaves them vulnerable to depression and eventually, suicide.

There are more ways than one that alcoholism is related to bulimia, anorexia, and other disorders. It is advisable that someone suffering from alcohol addiction deal with other underlying disorders as that would help them fight alcoholism more effectively.

As it is, anorexia and bulimia are health risks on their own but when paired with alcohol, they could turn deadly quite fast. For this reason, one should seek professional help as soon as they can. Recovery from these two main eating disorders is a tall order that requires not only the help of qualified professionals, but also an understanding and supportive family.  Recovery from anorexia and bulimia happens in stages and cycles, where one learns to relate positively with food by eating three meals a day with snacks in between. They will then move to the Contemplative stage where they are taught to become aware of body image and its connection to self-esteem. Seeking help is the first step to recovery.

Guest author: Patrick Bailey
is a professional writer mainly in the fields of mental health, addiction, and living in recovery. He attempts to stay on top of the latest news in the addiction and the mental health
world and enjoy writing about these topics to break the stigma associated with them.