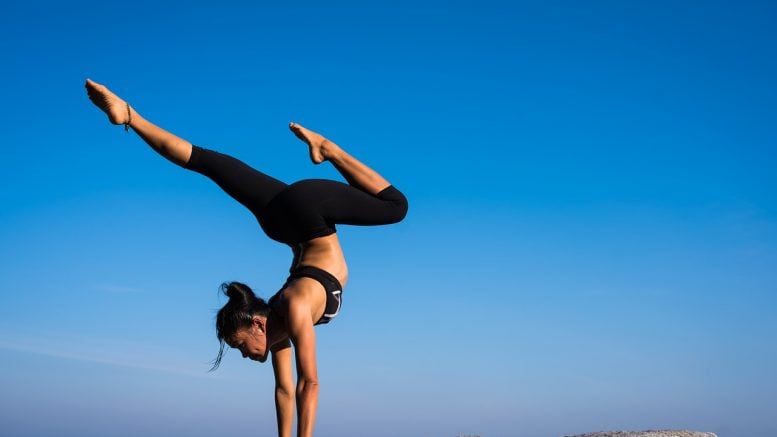 Yoga is an ancient form of exercise which is practiced to bring balance and health to almost all the dimensions of an individual such as emotional, physical, mental, and spiritual. There are many different types of yoga:

How yoga helps to improve physical and mental health?

Evidence suggests that there are multiple mechanisms that explain the relationship between regular yoga and improved physical and mental health. There are certain yoga techniques that are known to improve physical and mental health through down regulation of the hypothalamic pituitary adrenal gland axis and sympathetic nervous system. Yoga is known to decrease the levels of cortisol, blood glucose, plasma renin level, and epinephrine levels.

Also, practicing yoga on a daily basis allows the reversal of negative impacts of stress on different parts of the body such as on the immune system, yoga increases the level of immunoglobulin A as well as natural killer cells.

In modern times, high physical and emotional demands are constantly being placed on lives. As a result, more and more people these days are suffering from different psychological issues such as stress, anxiety, and insomnia. All these psychological problems have unfavorable effects on the body and if it is left untreated, it may lead to development of chronic conditions.

Yoga has the capability to alter stress response and attitude of an individual towards stress. Yoga helps in improving self confidence and one’s sense of well being along with the development of the feeling of relaxation and calmness. When an individual is in a relaxed and tension free state, he or she taps into the parasympathetic nervous system or “relax and renew” system. The parasympathetic nervous system is responsible for bringing the body back to the state of equilibrium and controls the relax and digest process. This system plays a role in bringing the body to the state of relaxation and calmness.

Several researchers have concluded that yoga has an impact on several health conditions such as cardiovascular diseases and metabolic diseases.

The prevalence of cardiovascular disease is very high across the world and each year, a large number of people of dying with this disease. Yoga is known to have positive effect on people having heart disease by improving the symptoms associated with it and reducing the risk of complications.

Hypertension or high blood pressure is the most common risk factor for cardiovascular disease. Hypertension is a condition which occurs when the pressure of blood on the walls of arteries is higher than the normal level. Yoga helps in treating the problem of high blood pressure by significantly decreasing systolic and diastolic blood pressure. According to different studies, yoga, when compared to other relaxation techniques, was found to be superior in reducing blood pressure in the body.

Obesity is one of the public health concerns due to its adverse impact on the body. Obesity is defined as a condition which occurs when fat gets accumulated in the body. Physical activity has always been considered to be an important step to aid weight loss. Yoga is one of the most effective types of physical activity that helps in weight loss. Fat in the body is measured through body mass index.

According to one of the studies that were conducted to investigate the role of yoga in weight loss, it was found that yoga can cause significant decrease in body mass index. When yoga was practiced by obese people for a few days, it was noticed that there was reduction in the overall body mass index.

Obesity occurs when there is an imbalance between calorie intake and calorie expenditure. Increase in intake of calories and decrease in energy expenditure causes the accumulation of fat in the body. Practicing yoga daily helps in increasing the overall energy expenditure and with time, it cut down excessive fat from the body.

What are the other benefits of yoga?

Yoga has an infinite number of benefits on the human body. Some other benefits of practicing yoga on a daily basis are as follows:

Guest author: Carla Houston
can usually be found reading a book. Carla completed her Master’s Degree in Creative writing from Syracuse University, New York. She is a content development manager and loves to write on health, lifestyle, fitness, yoga, food. Writing for a reputed health magazine is always on her bucket list. Carla loves cooking, knits very badly, enjoys riding her Vespa around town, and otherwise spends far too much time at the computer. She lives in New York, with her family.

Be the first to comment on "How Yoga Helps You Stay Fit And Healthy?"