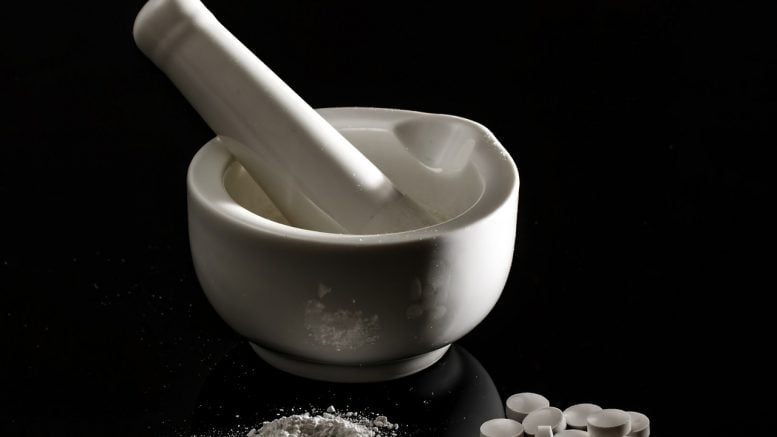 People may have a compounding pharmacy in a local area and are avoiding using it because of low knowledge or some concerns about the safety and effectiveness of medications that are made by these pharmacies.

Here is the list of commonly asked questions about compounding pharmacies.

Compounding is the process of mixing, combining or altering the ingredients of a drug to make another one that fits the specific need of the customer.

This process may include changes in the amount of an active substance, adding or removing non-essential ingredients out of the recipe, altering ingredients, adding flavor, and changing the form of the medications.

This process can be done by a licensed physician, a pharmacist of outsourcing facility under the supervision of licensed pharmacist.

When can it be used?

There are a lot of different reasons to use a compounding pharmacy. Some of them are related to health, allergies, and specific needs, while other are caused by pharmaceutical industry trends or issues.

For example, some medications may have a specific odor that makes a child’s treatment regimen hard to follow. The same situation can be with pets and compounding pharmacies are able to customize the medication and add some flavor.

Sometimes, a prescription drug can be unavailable on the market because of the stopped manufacturing by a pharmaceutical company. If there is no other option that suits a patient’s need, a compounding pharmacy can make a prescription drug for that need.

Previous cases were related to so-called traditional compounding when a specific medication is prepared for a specific patient’s need.

In pharmaceutical compounding, the process of customization, mixing and combining of different ingredients is going under the supervision of a state-licensed specialist, and the drugs produced by the compounding company are not ordered by a prescription for a specific patient.

During the last years, the number of medications that were put on the U.S. Food and Drug Administration’s shortages list was only increasing. The FDA resolved the issue by letting compounding pharmacies make prescription medications to mitigate the effect of drug shortages on patients.

How does it interact with pharmaceutical manufacturers?

Not all the medications are allowed to be made in compounding pharmacies. Pharmaceutical companies have patents on their brand-name medications so if a patient would like to save some money on that brand-name prescription drug and ask for compounding, it will be declined, unless it’s vital for a patient and needs only to change the strength of the medication.

The FDA looks after compounding pharmacies to follow the rules and not to make copies of brand-name drugs available on the market until the patent expires. Sometimes, pharmaceutical companies may buy rights for critical generics medications and compounding pharmacies may offer a cheaper alternative without breaking any law.

The FDA became less strict in their regulatory activities since drug shortage occurrence became a common thing in the United States.

Are compounded prescription drugs approved by the FDA?

Compounded medications are not approved by the FDA, unlike other medications that are available on the market. The FDA approval means that medication is safe and effective for treatment of specific health conditions.

In this case, compounded medications can be compared with approved medications that are used “off-label,” meaning for the treatment of another health condition, not that for which it was approved for.

It doesn’t mean that compounded drugs are not effective or safe, but their effectiveness and safety were not approved during clinical trials that are usually conducted for those purposes.

As the FDA doesn’t approve medication made by compounding pharmacies, the main role of a regulator has state boards of pharmacy.

They are responsible for pharmacies to follow the standards and oversee the functioning of compounding pharmacies.

State boards of pharmacy look after state-licensed pharmacies that have all conditions required by the Federal Food, Drug, and Cosmetic Act (FDCA), section 503A.

Compounding pharmacies may also be registered as “outsourcing facilities” with the FDA. In this case, the FDA has authorities as state boards of pharmacy and can inspect the operations of such facility under section 503B of FDCA.

Another regulator is the U.S. Drug Enforcement Administration, with its work to monitor everything related to controlled substances used in compounding.

What is the difference between sterile and non-sterile compounding?

Pharmacies may use sterile and non-sterile compounding during their work.

This method is more common for compounding pharmacies that proved patients with customized prescription drugs.

The sterile method is used mostly for medications that need to be injected or inserted into the eye of the patient. This method is the strictest and expensive.

For sterile compounding, pharmacists use so-called cleanrooms, where the risk of contamination is minimal. This is very important since the medication that is administered by injections can cause serious side effects if they are contaminated with a bacteria or fungus, like it was with New England Compounding Center (NECC) in 2012.

Because of fungus contamination in NECC’s steroids, more than 750 people were sickened with fungal meningitis and 62 people died.

After this accident, almost all compounded pharmacies were inspected, and the FDA got more authorities to ensure the safety of compounded medications.

Is it safe to use compounding pharmacies’ products?

The risk of adverse effects after using compounding pharmacies’ product is minimal, especially when patients use production from accredited pharmacies. The list of these pharmacies is available at the Pharmacy Compounding Accreditation Board (PCAB) site.

In 2013, after NECC caused a fungal meningitis outbreak, Drug Quality and Security Act (DQSA) was passed by the Congress. On November 27, 2013 Barak Obama signed the bill into law.

This act allows large compounding facilities to register as “outsourcing” and work under the FDA oversight.

The same year, the compounding quality act was implemented by the FDA to prevent accidents, like the meningitis outbreak caused by contamination in steroid injections.

On the top of that, a non-profit organization called U.S. Pharmacopeia (USP) also issues the standards for compounding and defines chemical purity of medications made by compounded pharmacies.

How to know if medication is compounded?

If the prescription drug is provided in a clinic, hospital, or by a healthcare professional, the only way to know is to ask.

Compounding pharmacies also put a label that states that a medication was compounded, so it is a good idea to read the label.

Also, if people cannot refill a prescription for compounded medication in a common retail pharmacy, they should go to a compounding pharmacy for the refill.