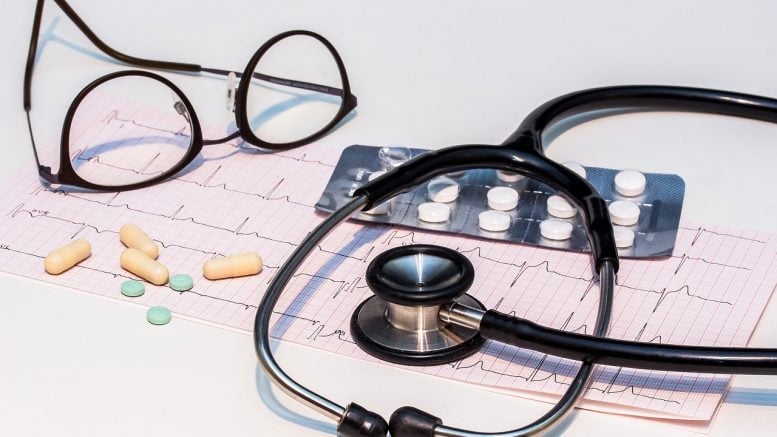 People who are at high risk of heart attack or stroke now have a new drug that can decrease the risk of the mentioned health conditions by up to 20%.

This medication is called Repatha (evolocumab) and produced by Amgen Inc., a California-based pharmaceutical company.

During the previous studies, Reptha has shown its ability to reduce low-density lipoprotein (LDL) cholesterol, also known as “bad cholesterol” to below 30. If cholesterol is under 100, this considered ideal.

Repatha was approved by the Food and Drug Administration (FDA) in 2015 for people with high cholesterol or a heart disease that causes a heart attack.

Now you can find Repatha in local area pharmacies.

The median level of bad cholesterol in patients was reduced from 92 to 30 after two years of using Repatha in combination with statins.

Side effects were the same as from placebo.

According to the study, the medications reduced the risk of having a stroke, a heart attack or heart issues that can cause death by 20%.

Another kind of health problem affected by Repatha has mentioned issues in combinations with artery-opening procedures and hospitalization for chest pain.

The risk of these issues occurrence was cut by 15% and 10% of participants who had those complicated issues compared to 11% of people on a placebo.

Despite its efficacy, some doctors considered it not that great, as they hoped.

For example, Dr. Mark Hlatky of Stanford University, a cost effectiveness researcher and a cardiologist, said that people were waiting for a breakthrough that is a lot bigger than 20%.

Dr. Donald Lloyd-Jones of Northwestern University, a spokesperson for the American Heart Association, said that study results were modest and not quite what they expected or hoped to be.

Unlike Dr. Hlatky and Dr. Lloyd-Jones, Dr. Marc Sabatine of Brigham and Women’s Hospital in Boston, said that 20% is a big benefit. He added that it’s worth to take the drug for people with heart disease or high risk for it.

This impressive health benefit of the Amgen’s drugs also affected its price. Repatha is taken each month as an injection. The monthly cost of the Repatha treatment is more than $1,000. The overall cost of the drug is more than $14,000 a year.

Administered by injections, Repatha is given only once a month that moves this medication to another, novel class of highly effective cholesterol drugs.

There are several cheaper alternatives that people can use instead of Repatha to lower their bad cholesterol level. Most popular are Crestor and Lipitor. However, some of the people with high-cholesterol cannot take those drugs because of the low tolerance.

Preventing high-cost hospital expenses is the most concerning issue for insurance companies that lose a lot of money on patients who were hospitalized with complicated issues.

From manufacturer’s point of view, the cost of Repatha is justified by its value.

Amgen Inc. offered refunds for people who experienced stroke or heart attack after at least half a year of using Repatha.  Also, Amgen offered more deals for insurers beside the refunds for patients.

83% of patients’ claims were rejected in the first year when Repatha was sold. However, 26% of them won on appeal, according to Dr. Seth Baum, president of the American Society for Preventive Cardiology. Dr. Baum said that it was hard not to give that drug to patients after the benefit has been shown.

One of Dr. Baum’s patients, Susan Goodreds, 74, was on Repatha as well, but she was denied from seven months of treatment despite a heart bypass and high genetic risk. Even with the insurance, Repatha remains to be a very expensive medication, since its copay for Repatha is about $300 a month.

Dr. Lloyd-Jones said that they should keep the drug only for those patients who were at the highest risk and for whom statins didn’t do a good enough job, at least at the offered price.

Dr. Hlatky pointed out that Repatha was not 50 times better, despite its 50 times higher cost, compared to statins. He said that the drug worth of its money was the biggest issue.

Be the first to comment on "For $14,000 a Year, Cholesterol Drug Repatha (evolocumab) Lowers the Risk of a Heart Attack"