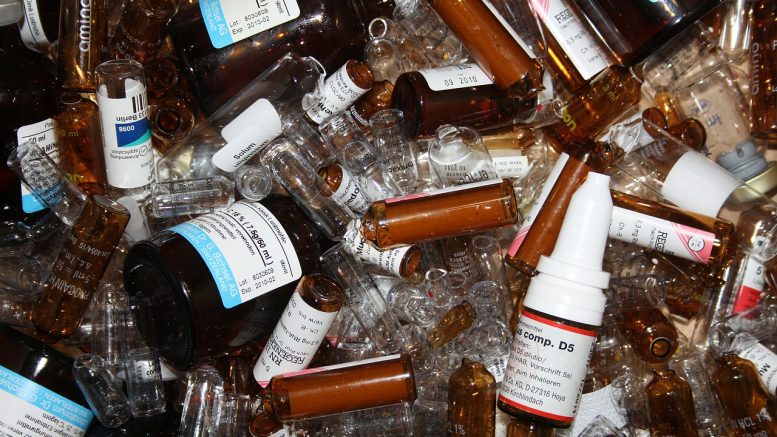 In most cases, outdated or unused drugs are simply flushed in a toilet or poured down the sink, if they are liquid. In other cases, they are simply thrown away like common waste.

Since throwing out old drugs violates U.S. Environmental Protection Agency (EPA) regulations and can contaminate soil, water, or air, some people prefer to keep their mediations at home even if they are expired or not used anymore.

Among those drugs are a lot of painkillers, which contain controlled substances and can lead to the development of a physical and psychological addiction when used frequently. With the U.S. opioid epidemic, storing pain relief medications at home became another issue.

If those painkillers are left at home, there is a high possibility that other people, like adolescents, can take them. Consequences may be terrifying.

Safety of painkillers storing at home

Now this issue can be easily resolved with a new nation-wide program for the legal, safe and convenient disposal of painkillers.

It is possible to prevent a lot of overdose deaths and possible adverse effects for people who took the medications without a prescription or physician supervision.

Another thing the Cordant Health Solutions program was designed for is to prevent medication theft. Since the onset of the opioid addiction epidemic, the amount of painkiller theft from pharmacies and homes increased.

According to the study published by the Johns Hopkins Bloomberg School of Public Health, the sponsor of the drug take-back program, about 70% of opioids kept at home are not stored safely.

62% of teens who have taken opioids for nonmedical use told researchers that they took the drugs because they were not stored in a safe place at their home. Only two thirds of about 700 people who used opioids for pain relief and lived with children under 17 years old reported that they stored their pain medications safely.

With this statistic, it is obvious that parents should dispose of unused prescribed opioids and other drugs as soon as possible if they have children living with them.

80% of heroin users reported that they had taken painkillers before their heroin addiction began.

Almost 80% of prescribed opioid painkillers has been taken by new users without permission because they were obtained from friends, close relatives, or street sellers, who often steal the medications, according to the U.S. Office of National Drug Control Policy (ONDCP).

With the program from Cordant Health Solutions, patients can place their unused medications in a common envelope with a prepaid mailing label and place it in any USPS mailbox. This will not violate the EPA’s Secure and Responsible Drug Disposal Act (SRDDA) requirements.

The Cordant Health Solutions program was only available in 10 states before. On March 14, its expansion was announced, and the program will be available nationwide.

President and CEO of Cordant Susan Sommer said that there was a national unmet need for a free, convenient service for the safe disposal of opioid drugs.

According to Sommer, physicians are satisfied with the program and advise their patients about what to do with unused medications in order to get them out of the home and away from curious children.

About 40 pounds of unused painkillers were destroyed during Cordant’s presence in 10 states. Those medications were sent from about 70 healthcare professionals. Otherwise, those drugs could have been stored in medicine cabinets until now.

David S. Jenkins of Virginia Hospital and Healthcare Associations said that take-back services were the most effective and simplest way for removing old medications from homes.

He pointed out that their experience showed that the take-back service from Cordant was an effective and safe disposal method. Jenkins added that educating patients to not to leave old medications in places where curious children could take them for nonmedical use was also important.

Cordant Health Solutions is not the only take-back program that is available.

There is another nationwide program for drug disposal that is provided by the U.S. Drug Enforcement Administration (DEA) twice a year. However, this take-back program is not popular because of low awareness about its existence.

Because of its limitations, drugs can stay in medicine cabinets for half a year, or can be improperly disposed of. Both of these cases may have negative consequences for people or the environment.

Despite those limitations and low awareness of the program, about 3,000 tons of unused drugs were destroyed by the DEA during its take-back program’s effective dates.

According to studies, programs of that kind can reduce the number of deaths caused by opioid painkillers and other drug overdoses.

It is another step to fight back against the U.S. opioid epidemic that took the lives of 183,000 people from 1999 to 2014, according to the U.S. Centers for Disease Control and Prevention (CDC).

Shortage Of Attention Deficit Drugs Found By The FDA

Expensive vs. Harmful Medicine: How To Spot?