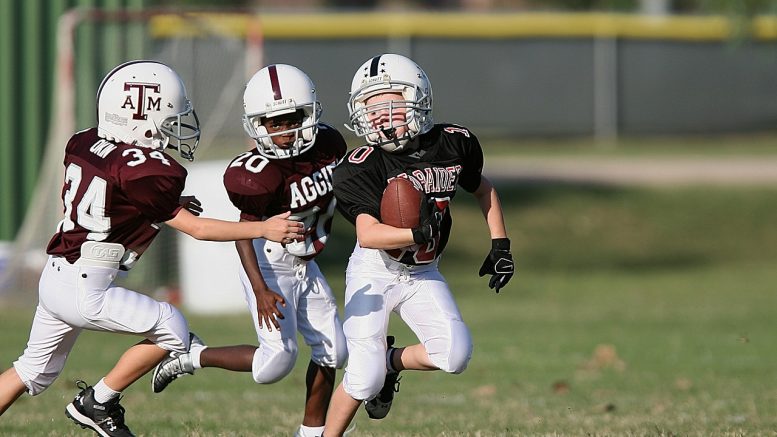 The U.S.’s largest pharmacy innovation company, CVS Health, announced on March 13 its plan to fund $10 million in partnerships and programs in order to launch the second year of its Be The First initiative.

CVS’s Be The First initiative was introduced by the company in March last year. Its target was about three million young people who were smoking or were at risk of becoming smokers. Other populations of people CVS Health would like to affect are adults who expose children to smoke.

This initiative’s goal is to deliver a generation of tobacco-free people. CVS is going to complete its plans within a five-year period, spending about $50 million.

CVS started the initiative after it banned tobacco products from being sold in its pharmacies in September 2014. In that period of time, CVS Caremark changed its name to CVS Health to highlight its healthcare mission.

Also, CVS Health is going to continue its success in tobacco-control advocacy by continuing anti-smoking education online and at pharmacies, and funding other programs that encourage the nation’s youth to stay away from smoking and live a healthy life.

Since March 2016, CVS Health has helped 20 universities and colleges pursue tobacco-free campuses and follow the policies. Its anti-smoking programming has reached about five million young people across the country.

CVS chose a way to train people of any age to become tobacco prevention ambassadors with their new online program, which is part of Be The First.

With the growing popularity of e-cigarettes, this online course was designed to affect young people and help people find a way to make their community tobacco-free.

Another part of CVS Health’s plan is to increase the amount of tobacco-free educational entities with measurable goals and actions to prevent more populations from smoking.

Truth Initiative is another organization that will take part in CVS Health’s plan to make 100% tobacco-free policies. This organization’s goal in this campaign is to help historically black colleges and universities to adopt the policies, since African-Americans and communities with low household incomes were the main targets of tobacco industry marketing for decades.

In collaboration with the American Cancer Society, CVS Health is going to advocate to a larger number of colleges and universities. Those schools that are interested in participating in the program can visit www.cancer.org for more details and an application.

The American Lung Association’s LUNG FORCE movement, whose main goal is to prevent lung cancer across the U.S., is also teaming up with CVS Health.

In May, this collaboration will give their customers the ability to message their communities about a tobacco-free way of life and tell more people about the resources in their area that can be used to stop using tobacco.

The campaign, which will launch in May, will give customers an easy way to spread tobacco-free messaging in their communities and take advantage of tobacco-free resources for their towns, schools and public areas.

Another group of people

Not only American youth are affected by the CVS Health program. Another population of people that will get supporting programs is adult smokers.

This group doesn’t only damage their own health, but also the health of those around them, including children.

The most vulnerable category of smokers is people with cancer who cannot quit. For these people, CVS Health in their partnership with National Cancer Institute  (NCI) will spend about $1 million to decrease the rate of smokers among patients with cancer. This investment will affect several leading hospitals.

More information about the Be The First initiative can be found on their site.

Some people see not only an altruistic decision made by CVS Health, but also a smart business calculation, because CVS is trying to create an image of being a healthcare-related company that cares about public health.

There is no doubt that CVS pharmacy will lose a significant amount of money because of the tobacco ban in its stores. However, some customers think that the decision to ban the sales of those products was determined by other supplies available at CVS (most of which are homeopathic).

Still, the same people who are skeptic about CVS Health’s plan admit that if the company is doing the right thing and spending millions of dollars on doing it – that’s fine, if the company is improving relationships with its customers. A positive reaction from the public will be even better and bring more profit down the road than tobacco products sold at pharmacy stores.

They also admit that the tobacco product ban would be enough, and CVS was not forced to spend $50 million on its Be The First program and bring about a positive effect on healthcare.

Eileen Howard Boone, president of the CVS Health Foundation, said that in the year since the Be The First program launched, they have seen very good progress, but they knew that there is more work to do in schools, colleges, and communities.

She added that CVS Health Foundation was pleased by the idea of expanding partnerships with other top companies, which would provide the expertise needed to move them “one step closer to the first tobacco-free generation.”

Walgreens Is Organizing An Alliance In 2020: The Latest News