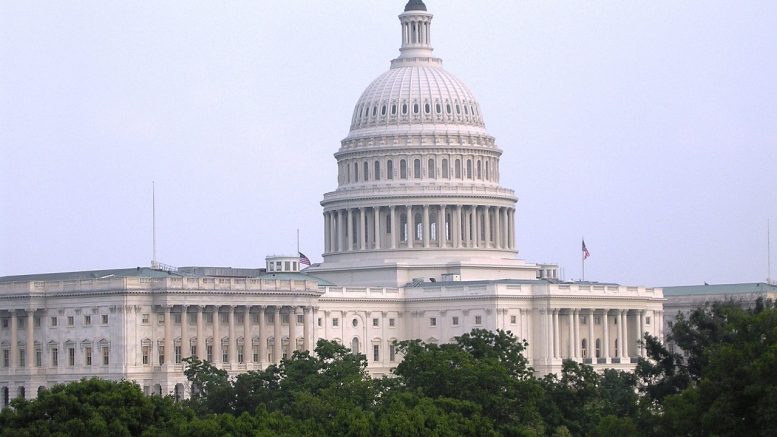 According to GOP leaders, the Medicaid program is fiscally unsustainable and they need to fix its finances by using a spending cap.

Those talks about Medicaid were long, but on March 6 they finally transformed into official, legislative language. The main goal of those legislations is to change the way Medicaid is financed by 2020.

For now, states receive a specific amount of funds depending on how many enrollees are in the state and how much care they received. States are required to match that amount.

If new legislation is implemented, states will receive a specific, set amount of money for each Medicaid enrollee.

If the state spends more money than what it receives from the government, the state will have to cover those expenses from its budget.

The states would receive a different amount of money for different populations of Medicaid enrollees. According to the plan, the amount of funds that the government spends for healthcare will increase annually, depending on overall healthcare costs.

States received more money from the federal government for Medicaid when more people become eligible, regardless of the cause (more expensive medications, healthcare crisis, etc.) This funding method has been used by the government since the program’s creation in 1965.

Now, federal spending is flexible. With changes in the eligibility rules, payment rates, and policies, spending on Medicaid changes as well.

The GOP plan means that funding for each Medicaid enrollee will be frozen, and would change only if the medical component of the Consumer Price Index, or healthcare price, changes.

This essential change will allow funding to grow if more people sign up for the program. But if care costs for enrollees spikes, or if the state increases payments for healthcare professionals, funding will stay the same.

It is still possible to save money using saving tips or find another pharmacy with better pricing in the area, but for most Medicaid enrollees changing the fudning of Medicaid program can be a real disaster.

Because of possible harm to patients, the American Medical Association (AMA) joined other medical groups in opposing the GOP plan (in the letter released by a group of Senate Republicans, earlier versions of the plan were rejected) of changing the health care system by repealing and replacing much of the law, including Medicaid expansion.

The Medicaid program was expanded under the Affordable Care Act (ACA, Obamacare) and was designed to help low-income Americans receive medical services at no cost or at the lowest cost possible.

According to the AMA, the American Health Care Act proposed by the GOP contains a huge amount of unacceptable measures.

Most of them are about cutting or repealing important public health funds.

According to AMA president Dr. Andrew Gurman, that plan will not work. He added that the current version of the American Health Care Act was not legislation they can support, as many Americans would lose their healthcare benefits and coverage they have come to depend upon under the ACA.

Previously, the AMA supported Tom Price, Donald Trump’s health and human services secretary, after it had lost about several thousand members in 2010 when it backed the ACA.

Now the AMA states that the American Health Care Act will cut insurance for millions of Americans as well as Centers for Disease Control and Prevention funding.

Another concern was outlined in the letter sent by the AMA executive vice president and CEO letter to the bill’s House Republicans office. This concerned the Medicaid expansion rollback under the ACA.

On March 8, regardless of rebelling conservative groups, two House committees were going through with the legislation.

According to liberals, this bill would destroy all the gains from the ACA.

Harold Wimmer, CEO of the American Lung Association, said that those Americans who met eligibility requirements for Medicaid expansion were in real need of preventive services to improve their health.

He also pointed out the increased rate of smokers among the population that is more likely to be at a higher risk for lung cancer. People at a higher risk of cancer need vital services, like lung screenings. Wimmer stated that prevention must remain in any suggestion aimed to improve the healthcare.

Five other groups related to healthcare are also against the propsed bill. Those groups represent about 500,000 healthcare professionals across the U.S.

Hospitals joined the groups in their fight against the legislation.

The Association of American Medical Colleges, the American Hospital Association, the Catholic Health Association, and several other groups in their joint letter said that they were deeply concerned that the proposed restructuring of Medicaid would result in both cutting programs that cover the most vulnerable populations, and coverage loss for current enrollees.

The GOP plan is not in effect yet. However, the changes in healthcare implied by this plan are concerning. Even now, when all the details are not clear, healthcare professionals and organizations see that cutting funds for Medicaid would bring the most harm during an Obamacare replacement.

In the joint letter, healthcare groups also pointed out that reducing coverage while maintaining deep provider reimbursement reduction will reduce the groups’ ability to provide uninsured, newly insured or people without adequate insurance plans with essential care, and that’s about 70 million Americans.