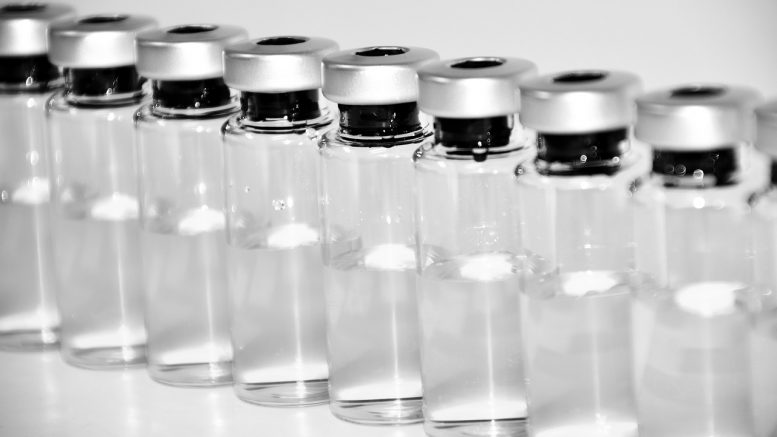 Spinraza was developed by Ionis Pharmaceuticals of Carlsbad in partnership with Biogen Inc. In July 2016, Biogen decided to license Spinraza. During Spinraza’s development, Ionis and Biogen managed to secure priority review, fast track and orphan drug designation from the Food and Drug Administration (FDA). This helped pharmaceutical companies to focus on the spinal muscular atrophy (SMA) drug and other therapies that should help treat rare diseases.

In October 2016, Biogen’s Marketing Authorization Application for Spinraza as a treatment for SMA was also validated by the European Medicines Agency. At the same time, EMA validated an accelerated assessment status for the application from Biogen for medicinal products for human use. Regulatory filings were also submitted in other countries including Canada, Japan, and Australia. These countries are not only ones on Biogen’s radar. In 2017, Biogen is going to initiate filings in some other countries as well.

On December 23, Spinraza (nusinersen) therapy from Biogen was approved by the FDA for the treatment of SMA in patients of all ages. This was the first time the FDA approved a therapy that treats the orphan disease directly. SMA is a genetic disease and also is one of the deadliest.

SMA has four types, depending on the age of onset and physical milestones achieved. The news of Spinraza’s approval was highly anticipated in the SMA community, as clinical trials showed incredible results. The drug was effective in the treatment of patients with the most progressive and deadliest type of SMA, type 1.

The FDA’s approval was made after receiving positive results from Ionis- and Biogen-sponsored clinical trials called ENDEAR, EMBRACE, and CHERISH. Those trials proved Spinraza’s efficacy and safety in the treatment of SMA.

Over 120 patients with SMA diagnosed before six months of age and who were less than seven months old at the time of the first Spinraza dose were included in the first clinical trial, called ENDEAR. Eighty-two patients were analyzed after the FDA request for interim analysis.

Forty percent of the 121 patients showed marked improvement in motor milestones used by the study to measure the efficacy of the drug. Patients who took Spinraza showed improvements and were able to control their head, sit, kick in a supine position, crawl, roll, stand, and walk, unlike babies with SMA.

According to the study, a greater number of patients survived on Spinraza compared to those who did not receive treatment.

There were additional trials conducted by Biogen company that were open-labeled and allowed patients with SMA Type 1 to receive the drug if they had not participated in the original study. The results were similar to the ENDEAR trial results. Patients with pre-symptomatic SMA who participated in additional trials were 8-42 days old at the time of the first Spinraza dose, and patients with SMA ranged in age from 30 days to 15 years at the moment they received the first dose.

Like any other drug, Spinraza has side effects. The most common side effects patients experienced during clinical trials were constipation and both upper and lower respiratory tract infections. There are some other warnings linked to Spinraza as well, including renal toxicity (affects kidneys) and low blood platelet count. During early trials of the drug on animals, neurotoxicity was reported as well.

Kenneth Hobby, president of Cure SMA, said the long journey to FDA approval for nusinersen was a team effort. Hobby added that it was a story of researchers, the FDA, companies, and families working together as one community.

Cure SMA’s chief scientific officer, Jill Jarecki, said that was a landmark day for the SMA community with the first drug approved for the SMA treatment. She stated that they worked together for about 30 years to make it happen, and they should stop and celebrate that accomplishment that will change the lives of patients with SMA. The Cure SMA foundation, which has aggressively supported the development of different experimental SMA therapies, said it was a historic moment that their community had been working toward for decades.

Dr. Richard Finkel, chief of neurology at Nemours Children’s Hospital in Orlando and the first author of the phase 2 clinical trial of nusinersen, said in his article from December 8 that infants who had taken Spinraza not were only living longer but were also living better. He said SMA was not a death sentence any longer. After the phase 2 trial and observing patients who were treated with nusinersen, Dr. Finkel said that it seemed that they were turning SMA Type 1 into Type 2. In addition, he said that two children were even walking then, so they were classified as Type 3 SMA, so in that sense Spinraza was a transformative drug.