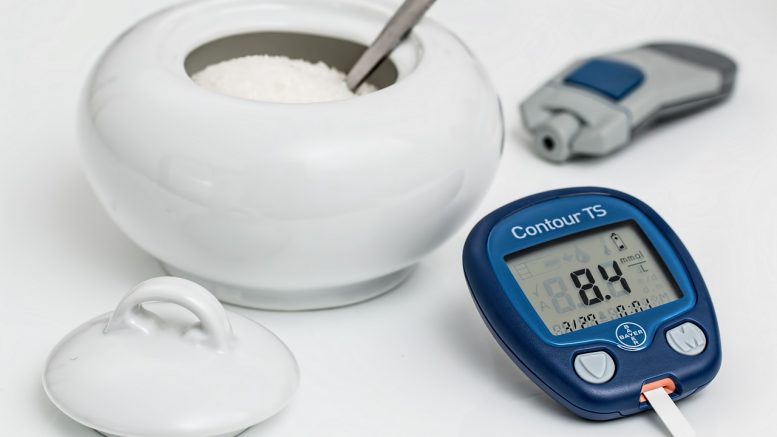 Insulin, a life-saving drug, was invented about a hundred years ago. For the past 20 years, the price for insulin has been steadily increasing. Now, the price is in seven times higher than it was at the end of the 1990s.

According to Senator Bernie Sanders’s statement in early November, some insulin prices had risen from about $20 per vial to $255 per vial from 1996 to 2016.

Experts sometimes link the increased insulin price to the EpiPen price boost. The EpiPen is a medication that was designed to emergently treat allergic reactions.

Other entities are aware of the insulin price increase. The American Diabetes Association (ADA) asked Congress to investigate the pricing. At the same time, the ADA came up with a solution for diabetics so they would not face financial hardship to obtain the medication they need. The ADA stated that insulin costs six times less in Europe than in the U.S.

According to Dr. Desmond Schaltz, president of medicine and science for the ADA, the situation with insulin pricing is not acceptable. He added that the ADA called on Congress to make sure that everyone has access to insulin and to find out the reason for such a boost in price.

“Insulin is not a luxury,” he said.

This issue is known to insulin manufacturers as well.

For example, Sanofi said in their written statement that the price for their insulin Lantus hadn’t been increased since November 2014. Sanofi added that the net price had become even lower over the last five years, as the company tried to keep their drug in a favorable tier on formularies. This measure should decrease the money patients spend out-of-pocket.

Sanofi added that it was disappointed by insurers that had excluded their drug from their formulary coverage. It added that healthcare professionals and their patients should have a choice in individual treatment and access to the right therapy.

Another pharmaceutical manufacturer, Lilly Diabetes (Eli Lilly’s branch), said in their statement that access to insulin became a problem for some patients with diabetes. The company added that it is exploring different ways for possible patient assistance, especially for those who have insurance plans with high deductibles.

The reason behind the difference in insulin prices

Dr. Schatz said that there is not a single insulin that is right for everybody. He explained that every patient is different. Their care should be personalized, and insurers should not dictate which insulin needs to used.

He pointed out the lack of transparency in the process of insulin pricing processes as the most important source of pricing issues.

People don’t pay list price for insulin if it is covered by their insurance plan or if they’ve paid their deductible. Also, this price is not for government and private insurers, as insurance companies and pharmacy benefits managers (PBM) negotiate with pharmaceutical companies to get a discount on their products.

However, the list price may be what uninsured people or people who haven’t met their deductibles will pay, even if the drug is life-saving for them.

On top of that, BMPs and medical insurers also have their own formulary and set the list of covered drugs. Due to those formularies, patients pay the lowest price for generics, more for preferred drugs, and even more for non-preferred drugs.

The ADA is asking pharmaceutical companies and insurers to team up, communicate with Congress and investigate the price each of entity and what customers pay. This will help increase transparency for patients.

Insulin is a hormone that is necessary for the human body to use the sugars from foods. It is naturally occurring in healthy people.

According to the ADA, type 1 diabetics don’t have enough of the hormone in their body. In order to survive, they need to take insulin injections several times during a day.

People with type 2 diabetes, which is more common, must take insulin injections from time to time since their body’s cells have become more resistant to the hormone, the ADA says.

According to insulin’s discoverers, profit was not their goal, and they sold the patent to their university for only $1. Since the university didn’t have enough resources to produce enough insulin for all the people who needed it, they teamed up with pharmaceutical companies across the world.

Instead, drug makers were allowed to use any of the U.S. patents on any insulin manufacturing process improvements.

According to Lilly Diabetes (Eli Lilly’s branch) and the ADA, since then many improvements have been developed. Companies learned how to produce synthetic insulins. Before, companies made insulin from pork (porcine) or beef (bovine).

With new technologies and classes of insulin, the way insulin acts is changing. Some insulin classes can cause complications, like hypoglycemia (low blood sugar).

Walmart Had to Pay $31 Million Dollars to Fired Pharmacist

Be the first to comment on "Unreasonable Insulin Price Boost"