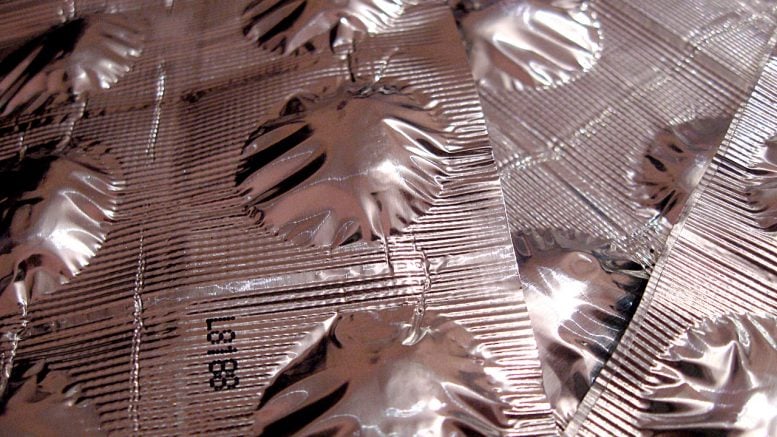 According to the Centers for Disease Control and Prevention, about 15,000 people die each year from overdoses caused by prescription medication. Painkillers are the top places of the rate of addiction and overdoses.

Here you can read more about painkillers and their abuse.

Potential mass shipments from Canada were predicted by the White House less than a mount ago. Painkiller drugs from Canada are easier to get because of their lower price and so addicts easier abuse those medications. It makes the decision of the U.S. Food and Drug Administration (FDA) to approve the similar medication for a distribution across the U.S.

OPANA and OxyContin formulas were reformulated by Endo Pharmaceuticals and Purdue Pharma because of the growing concerns regarding their products. After the changes in formulas, addicts will not be able to crush the pills as they did before. Usually, painkillers are time-released meaning the patient will receive a small dose of medications during a long period of time. Addicts have their own way to take the medication: after crushing the pill, they inject it so they are affected by the full dose of the medication without time-release limits.

Those pills were developed in 2010 and were designed to reduce the abuse rate among the United States residents. They were called “tamper-resistant” and designed to break into gels or chunks which are not injectable.

However, in December 2012, generic forms of high-addictive drug OxyContin were approved in Canada. Those generics had the same old formula, which caused a high addiction rate in the U.S. Canada told the President Obama administration to alert U.S. law-enforcement agencies about possible illegal transportations of the medication across the federal border.  In the issue, it was stated like “potential exists for diversion into the U.S. because of formulations, which were easier to abuse.”

In April this year, the generic form of OxyContin will be available if the FDA will not step in. Another highly-addictive drug has been approved already by the FDA, which caused a wave of criticism. That approval was the reversal and some people considered it a complete contradiction. The Food and Drug Administration told about the huge amount of “Citizens Petition” to change their decision on OPANA generic form approval. They said that they could not comment on those petitions, however, they were reviewing them. White House’s requests for comment were ignored.

Argues over the approval

Bill Keating, the U.S. House representative from D-Massachusetts, was the sponsor of 2012 the Stop Tampering of Prescription Pills Act. That act required the manufacturers to make drugs with the same safety measures and requirements that brand drugs manufacturers use. Because of the situation with the FDA approval, he is going to introduce the legislation once again, during the current legislative session. He said that doing nothing about the situation was an outrage. According to Keating, the longer the FDA waits to act the more harm will be caused by the drug. He added that almost two people died each day in the state of Massachusetts because of the drug abuse, so it was a life-or-death issue. In his opinion, it was a nation disgrace that the U.S. continued to fail like that.

Despite the fact of the high rate of addiction, complicated case with the FDA, generic form of OPANA that is made by Impax Laboratories had been shipped.

Center for Lawful Access and Abuse Deterrence (CLAAD; the organization that works to stop the drug abuse on a non-profit basis) spokesman, Michael Barnes, said the FDA actions were the steps backward. He pointed out the FDA proved their lack of interest in the transition to tamper-resistant medications and so, they allowed drug manufacturers to produce the generic form of highly-addictive painkiller using the old formula, which was more abusive.

Purdue Pharma spokeswoman, Libby Holman, said that according to studies of the company, new pills are abused with a lower rate, and company reformulated the formula of OxyContin and it should be harder to abuse. She stated, that Purdue Pharma had started the reformulation about ten years ago because the company thought about public safety and health.

Florida Department of Law Enforcement special agent supervisor David Gross said the old formula was much easier to abuse through some manipulations. He also said that the price for the old-formula drugs was higher on the streets because the painkiller with that formula was more desirable for addicts and it has an ability to be used not for medical purposes. He pointed out the demand was the same while a number of crushable pills were lowering with time. Gross added that “reformulated” versions were more like a last resort. Law enforcement officials said that new formula has had its effect of the black-market of painkiller and other abusive drugs.  According to agent Gross, they are trying to “filter” all the medications came from Canada and they started looking for them, but the FDA approval will bring a new supply of crushable medications on the U.S. market.

Be the first to comment on "Painkiller Approval By The FDA"