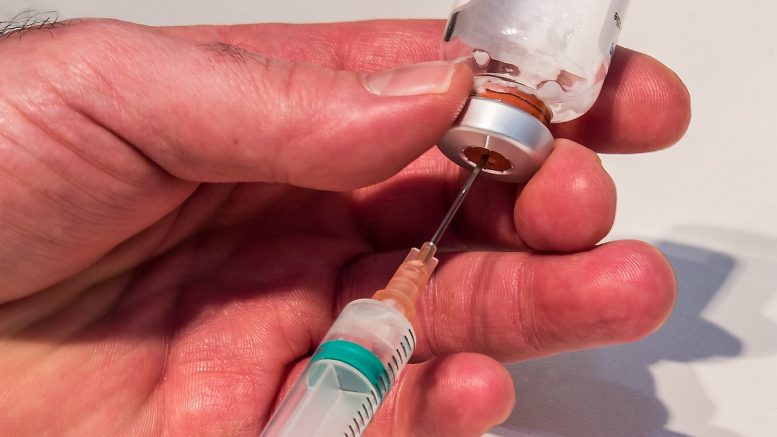 Age-related macular degradation (AMD) is the most common reason for vision loss or blindness in senior U.S. citizens. This disease spurs the growth of uncommon blood vessels in its advanced stages. Those vessels are abnormal and cause the blood and fluid leak into the macula. The macula is the central area of the retina, which allows people to look straight ahead and see everything in detail.  After the leak, a person has a poorer vision and the further leak can cause the loss of central vision. In this case, the person can’t do any job related to hand and eye coordination and losses the mobility. Only proper treatment can prevent the AMD from achieving its advanced stages.

According to researchers supported by the National Institutes of Health (NIH), two drugs were improving the vision of patients with age-related macular degeneration for two years administered on as needed or monthly basis. Those drugs are Lucentis (ranibizumab) and Avastin (bevacizumab). Avastin (bevacizumab) is used more, comparing to its alternative. Both of medications block the growth of vessels that cause a blood leakage. Unlike Lucentis, Avastin was approved by the U.S. Food and Drug Administration in 2006 for AMD treatment. Avastin and Lucentis were used when needed to stop fluid leakage caused by other diseases in clinics despite the fact that Lucentis was administered monthly during the first trials and it was a good question if the medication will have the same efficacy when it used as needed.

Lucentis and Avastin had never been compared prior to the clinical trial called “Comparison of AMD Treatment Trials” or CATT for short. As the part of CATT, Avastin and Lucentis were compared head to head during the two-year period. This trial was designed to compare them with different schedules: as needed and monthly. Patients who participated were separated into four different groups:

After the first year, some of the patients who were on “monthly basis” group were assigned to another group without changing their medication.

The results of the first year of CATT were published in the New England Journal of Medicine (NEJM) on May 19, 2011. The second year results were published today (April 30, 2012) in the Ophthalmology journal.

Monthly treated patients had a slightly better visual acuity compared to patients who took medications on the as-needed basis, regardless of the medication used. The improvement was about half a line better when it came to eye-chart measurement. Patients who switched to as-needed doses showed almost equal results as those patients who were on as-needed dosages for the two years without reassign.

Principal investigator, CATT Coordinating Center at the University of Pennsylvania, Maureen Maguire, Ph.D., said that vision improvement with Avastin and Lucentis were extraordinary as about 66% of all the patients had a driving vision (which means 20/40 or even better), compared to the previous treatments, when only 15% of patients had achieved similar results.

A chairman of the Cole Eye Institute at the Cleveland Clinic and study chair for CATT, Dr. Daniel Martin, said that both medications were highly effective no matter of which approach was chosen. However, there was a slightly higher vision gain with monthly basis and patients who wished to have that advantage should be mindful of costs (since this approach requires about ten injections more over the course), risks and addition burden. He added, that many patients could choose as-needed dosing, because of the reasons listed above.

Those effects indicate worsening of a medical condition of patients. They are monitored and reported during any clinical trial, regardless of their association with the trial treatment.

About 32% of patients who were receiving Lucentis had serious adverse events (SAE). Patients who took Avastin during CATT had an occurrence of SAEs rate higher by 8%. Avastin has 40% of SAE occurrence, but those SAEs were distributed across a lot of different conditions and most of them are not associated with Avastin. This conclusion was made because in cancer clinical trial patients were getting 500 times higher doses, than patients who participated in CATT, and those specific SAEs didn’t occur. So, the higher rate of SAEs occurrence was associated with lower doses of Avastin, and this is not a typical relationship.

CATT didn’t manage to determine if the number of strokes, heart attacks, and deaths was associated with the treatment because the median age of participants was over 80 years and those conditions could be the result of medical conditions, which are common for seniors. The number of deaths, strokes and heart attack was low and it was not different for patients treated with different medications. Additional medical trials needed to check if it is safe to use both medications for a long-term AMD treatment.

The Queen’s Law Against Counterfeit Drugs