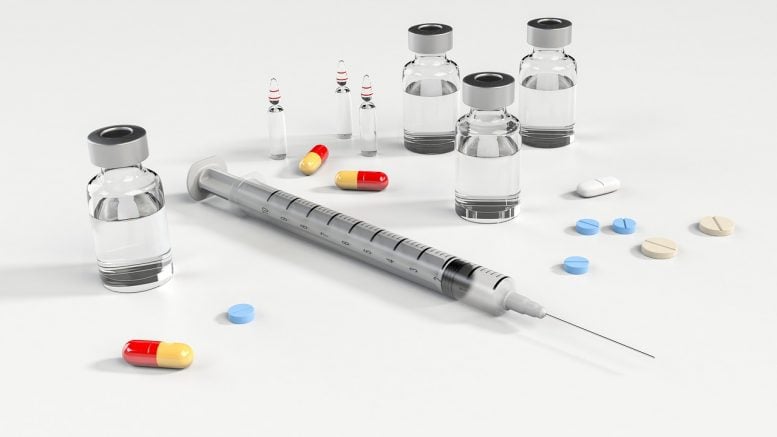 John Hopkins experts have calculated how well different medications and their combinations works for HIV virus suppression with the help of mathematical formula. The formula is designed to measure the degree of antiretroviral therapy stalls HIV. There are more than about 1.2 million people living with HIV in the United States and more than 34 million people living around the world.

With the formula, scientists found 857 medication combinations and found out that some of them are working better than others at impending the HIV replication. The study was funded by National Institute of Allergy and Infectious Diseases (part of National Institutes of Health) and Howard Hughes Medical Institute.

Robert Siliciano, M.D., Ph.D., infectious disease specialist and senior study investigator, said that their study would help other researchers and health care providers to develop treatment using new medications or those that they have at the moment and treat patients who were starting their therapy or had resistance to a specific medication combination.

People with HIV across the U.S. are using highly active antiretroviral therapy (HAART for short). Since experts found the formula, HAART can be more efficient and use only the combination of medications with the highest efficacy.

The last findings of the experts were published online in the Nature Medicine journal on February 19, 2012.  The most potent medication combination was among the key findings by experts. That combination includes darunavir and efavirenz. The first one is a protease inhibitor, the second one is a non-nucleoside reverse transcriptase inhibitor (NNRTI).

According to the calculations, the combination of those inhibitors allows suppressing the infection by more than a trillion times. That is enough to prevent infection of each immune system cell (lymphocyte). The next medication with was a nucleoside analog reverse transcriptase inhibitor called stavudine. This medication is one of the oldest used for HIV treatment and works better when along with other another anti-HIV medication. Another medication, according to Siliciano, was able to suppress the replication one in a billion cells.

This medication has a single pill form and consists of emtricitabine, efavirenz and tenofovir disoproxil fumarate. Siliciano also added that any anti-HIV combination, which suppresses to the degree of every 100,000 immune cells exposed to the medications, only one has a high risk to be infected. This means that if a patient will carefully follow the prescription, medications will be sufficient enough to keep the HIV in check.

AIDS experts had their calculations based on studies, which were analyzing the way antiretroviral medications affect on HIV, preventing the virus from replicating. They studied a huge amount of medications and their combinations, their effect on different enzymes, which are the key to suppressing the virus. Their strategy and studies were successful, however, they could not explain why some medication combinations worked better than others until now.

When the medication hit the virus on a specific stage of its life, when a lot of viral enzymes are needed, the treatment was the most effective. The John Hopkins inhibition index was developed to compare different kinds of medications by the level of viral inhibition, and to show how they could be graded.

Dr. Siliciano said that before the virus could infect an immune cell, it needs a lot of enzymes for the virus to cleave and specific level of enzyme cooperation is happening on each stage of the virus replication during its life cycle. Siliciano explained that protease inhibitors work like a switch when they have a sufficient concentration and prevent the virus from its replication. He added that if only one enzyme is needed in the HIV life-cycle, a higher dosage of medication will not suppress the replication effectively, but if there more than one enzyme needed for replication, a little amount of medication can completely stop the replication of HIV. And this is the result researchers have been expected.

Dr. Siliciano added that it was gratifying had a metric for highly active antiretroviral therapy medications with a reliable information on their efficacy for switching off the virus replication. In his words, it also gave the experts the baseline for suppression. Now they know that if less than 100,000 lymphocytes are infected, then any anti-HIV medication combo can stop the replication.

The next step after the measuring the potencies of many medications and their combinations is to set lab experiments and explain strengths of viral inhibition. Those tests are conducted by Dr. Siliciano and John Hopkins scientists. AIDS experts from John Hopkins plotted on graphs the results of dose-response curves and compared them for different medication along and for a combination of drugs as well.

Protein Can Lead to Targeted Therapy: The Full Research

Be the first to comment on "Better Drugs Anti-HIV Combinations"