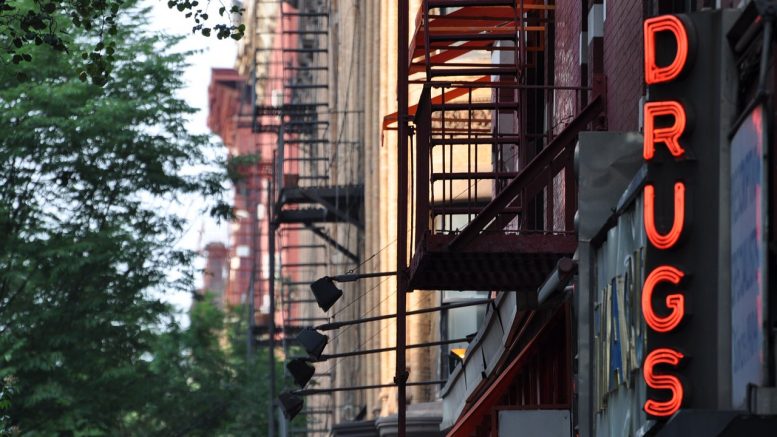 In Dale’s Southlake Pharmacy staff is spending more time serving their customers and less time on prescriptions fillings and other work related to gathering medications, with a help of the latest robot technology.

Dale Collee, owner, and the pharmacist estimated about 10,000 prescriptions a month as his pharmacy serves about 3,000 customers. 60% of all the prescriptions are filled by SP 200 Robotic Prescription Dispensing System from ScriptPro technology company. The system is working since September 2011 and can not only store but also dispense about 200 different prescriptions.

Here is an article about another robotic technology in a hospital.

Dale’s daughter, Erica, works in his pharmacy as a pharmacist and says that the system made things go significantly faster. She added, that the system was more accurate and decreased the waiting time for their customers. She also said that their family owned the pharmacy when she was in pharmacy school and they have been looking into the system of that kind during that period of time. She considers the system to be the most conducive to their business since she had an ability to see different dispensing systems during her study in a pharmacy school.

SP 200 has a separate cassette with a barcode for each kind of medications. After pharmacist enters the prescription to the connected computer, the system starts looking for the correct barcode and uses a robotic arm to determine the correct medications and the vial size. The system is using a laser technology to read the barcodes and verify the location of the medication needed. After, the system moves vial to the specific cassette and dispense medication. As the pills are dropping into the vial, the system counts them automatically. It helps the system to verify the amount of medication dispensed to the customer and the amount of the medication in the storage. After the vial with a medication is ready, the arm is placing it on a conveyor belt. Vials with a patient label go into a control center, where the system collates them by the last name of the patient.

SP 200 robotic system working accurately, but still, the pharmacist needs to double-check the prescription. All the process is brought on the computer screen and pharmacists can verify the drug label and if the medication in vial matches the one on the screen. After verifying all the information, pharmacists place a cap on the vial and medications is ready to be distributed to the customer.

Erica Colee said that the pharmacist is the “last line of protection” for their customers. She thinks that it the ability to bring up the picture of medication and comparing it to the medication in the bottle makes their customers some comfort level. She added that their customer base was growing and people wanted a hometown-feel still, so system gives her father a chance to interact with the customers and answer their questions if needed.

Dale Colee and his family always considered conversations with their customers to be very important. Now the SP 200 Robotic Prescription Dispensing System gives them more time to spend on this important thing.

Some concerns about the SP 200 system use

There was a concern about people losing their jobs because of the robotic systems. But Erica said that the system only decreased their labor costs but it did not take over a technician job, so they have to add the position in their pharmacy since they started using the SP 200 system.

For example, an employee who used to do a delivery work for the pharmacy, Chuck Irwin. Now he is helping to oversee the robotic system. He is filling the machine with medications. Also, he added daily maintenance was performed to make sure that system is accurate. Everything has to be double-checked for accuracy and safety, he states. He explained that SP 200 uses National Drug Code system to identify medications, when he is preparing the cassettes to be refilled or double-checking the vials, by scanning the bottle. If medication is wrong, the SP 200 will not allow to refill it. The system not leaving any room for an error.

Erica Colee explained that some medications can be filled only by pharmacy technicians: some of the prescriptions could consist of several different medications and it is simply more efficient for a technician to refill them and in some cases pills are red and the laser, used by the system, would not catch them. Still, she considers the system to be really efficient. She pointed out the great medications database available. “the system helps to serve our customers,” she said, “and we just want to make sure that customers are happy and taken care of.”

The transition to the SP 200 Robotic Prescription Dispensing System was a long and learning process for Dale Colee’s staff. But it is obvious now, that the system will bring even more profit in the future.

How Does Takeover Influence Pharmacists?

Be the first to comment on "Pharmacy And A Robot Technology"