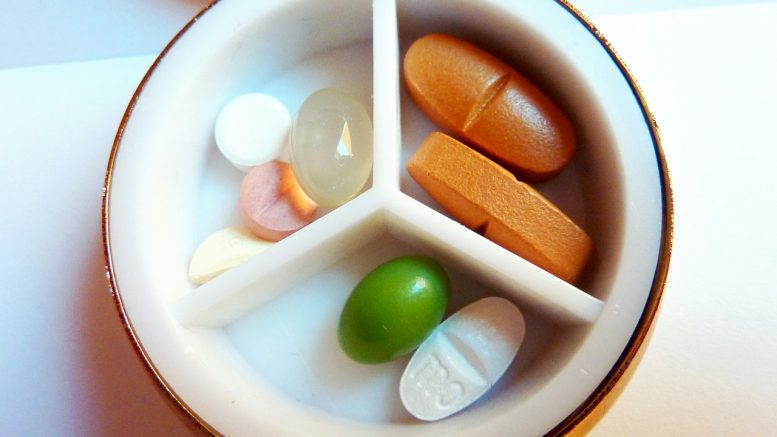 Shortage of medications means that a lot of patients do not get the medications they need for treatment. In some cases, it makes doctors and pharmaceutical companies manage medications available in different, more efficient way. Drug shortages affect a wide range of different medications. Antibiotics, electrolytes, cancer chemotherapy agents and other is not the complete list. One of the medications used to treat critically ill patients is on a shortage list as well.

Unfortunately, shortages of medications are more than just delays: according to American Society of Health-System Pharmacists, some patients have died. It was found after an anonymous survey, conducted by the ASHP.

Medication shortages are not something new: during last year nine patients died because of feeding solutions, which contaminated with bacteria. Those feeding solutions were made by local compounding pharmacies and were delivered intravenously to the patients. The Institute for Safe Medication Practices notes that hospitals buy supplies from so-called “batch suppliers” because of the increasing amount of IV nutrient fluids shortages. You can find more information about that episode here.

A possible reason for shortages

According to the Food and Drug Administration, only 11% of drug shortages are caused by pharmaceutical company’s decision to stop a manufacturing of the not profitable drug. Other 89% could be explained by various reasons, one of most important of them is some issues in a manufacturing process. This issue could make the production slower or stop it for some time.

The main problem is a few manufacturers that can provide health care system with supplies. On the top of that, there are the even smaller amount of companies producing the essential drugs. In this case, if one of the manufacturers close the production line, another could not handle increased demand for medication. Sometimes there only one manufacturer of the drug, so the shortage is unpreventable. A good example is IV nutrient mix, which was manufactured by two companies that have to stop the production because of contaminated lines. No matter what reasons caused the drug shortages, most of the people involved think that shortages became a normal effect in the U.S. health care system. 3

Annekathryn Goodman, surgical oncologist and chairman of the Massachusetts General Hospital, said that it would be a very tough issue (ethnically, existentially or emotionally) if health care providers will have to choose one patient over another.

Goodman formed a task force to resolve the issue of medication shortages for his hospital. In November 2011, he expected his group to face the difficult task of how to decide who should take the medication first if there is no enough medication around for all the patients. As for now, Goodman has met a similar issue which caused a difficult choice: medication used for ovarian cancer treatment (Doxil) is being rationed by the company. You can find more information about this ration here.

One of the Goodman’s patients, Betsy Neisner was getting Doxil for a long time. Now she is a representative on the task force. She said that she was getting Doxil monthly and it was responding and worked fine until she came to the hospital in July of this year and found out about the Doxil shortage. She thinks that medication shortage across the country is terrifying and astonishing, as medications, which were invented and expected to be available in the future are not available now.

Betsy Neiser had to use another, older medication, called Taxol. This medication caused terrible nausea and fatigue. More of that, her feet nerves were damaged. Now she gets her Doxil again because it is her turn on the waiting list developed by the manufacturer. Taxol is on a shortage list as well. Pharmacists of Massachusetts General Hospital have even less than one month supply left.

The medical director of the ICU of the Massachusetts General Hospital, Dr. Taylor Thompson, calls it rationing. In her opinion, most people expect it to be a part of developing nations or socialized medical systems but not a part of America’s medical system. She said that there was not any way to run a delivery system of integrated health care without finding alternatives to cornerstone drugs on a monthly basis.

Another point of view on drugs shortages

However, experts say the issue is not something that happened unexpectedly. The issue with drug shortage was building for the last ten years, but since 2006 it was accelerated.

But experts say the problem has been building over the past decade and has accelerated since 2006.

Paul Alpino, the pharmacist of Massachusetts General Hospital, says that medication shortages were rare, but now they are routine. He also states that hospital personnel tries to react as quickly as possible to drug shortages, but when they informed about the shortage there is nothing they can do. He pointed out the shortage to affect each department of the hospital.

Now ICU doctors have a shortage of labetalol used to treat patients with extremely high blood pressure. This medication is so scarce, that the best decision was to give it only to the patients with an Intracerebral hemorrhage. Doctors and other medical personnel find alternatives, like using different medication or a combination of drugs, but this approach increases the risk of medical error or rate of adverse effects.

You can read more about unexpected adverse effects of medication combinations here.