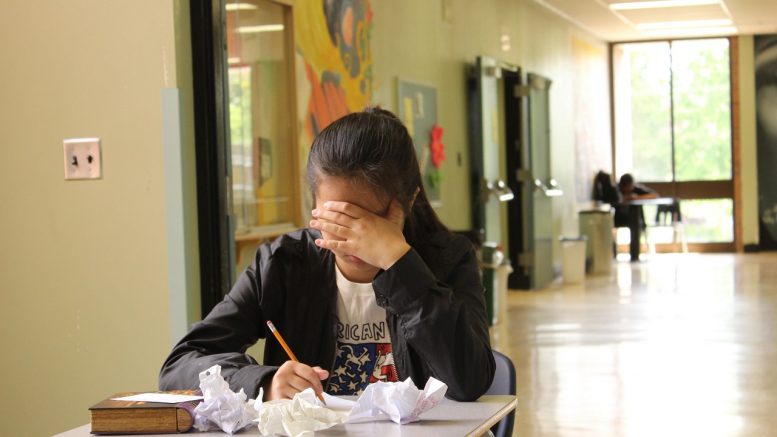 The new study finds that a number of children taking stimulant drugs (like Adderall or Ritalin) for attention-deficit/hyperactivity disorder treatment are still growing, but in a slower pace than in the last ten years. Researchers collected data about the United States prescription from 1996 to 2008.

There are about 2.8 million children took ADHD prescription medications in 2008, researchers said. According to the study, the highest stimulants rate of use was among 6-12 years old children. This rate increased from 4.2% (1996) to 5.1% (2008).  The usage of ADHD medications became almost twice as large in the group of 13-18 years old children: from 2.3% to 4.9% for the same period. This researched shows, that attention-deficit/hyperactivity disorder is not common only for kids and its symptoms could persist through adulthood. There were some concerns about children being overmedicated, but researchers noticed the decrease of ADHD prescription for kids, who are not older than 5 years old. Only 1 child in 1000 took medications in 2008, compared to 1996 rate of 3 in 1000.

A psychiatrist and researcher at the U.S. National Institute of Mental Health, Dr. Benedetto Vitiello, said that the study documented that stimulants usage was increasing but not as much as it had increased during the 1987-1996 period when the rate of prescriptions had been annually increasing by 17%. He also explained, that now the increase of ADHD drug prescriptions can be explained by a higher amount of adults taking those medications. He also pointed out the concern about medications used by very young children, but data that have been collected shows the low increase.

On September 28, 2011, the study conducted by the Agency for Healthcare research and Quality in collaboration with the National Institute of Health (NIH) was published in American Journal of Psychiatry. According to the U.S. Centers for Disease Control and Prevention (CDC), in 2007 more than 9.5% of children in the U.S. had ADHD. Those children could have hyperactivity, impulsivity, a deficit of attention and they have lower control over their behavior. In most cases, it causes some difficulties during their study. To ease those symptoms and help the child to be more concentrated, parents give them stimulant ADHD medications. Adderall and Ritalin are frequently used for that kind of treatment.

Read a related article about ADHD holidays for children.

According to studies background, the stimulants usage for ADHD treatment was increased by more than four times: from 0.6% in 1987 up to 2.7% in 1997. During that period, ADHD was not defined, as it is now and that rise of medications prescription rate was provoked by attention-deficit disorder, which was one of the largest issues among children (with or without hyperactivity), according to 1980 Diagnostic and Statistical Manual of Mental Disorders by American Psychiatric Association (APA). Experts said that a lot of children had attention-deficit disorder issues as well as problems with restlessness, but health care professional did not pay enough attention since hyperactivity was not severe in most cases.

Dr. Benedetto Vitiello and his co-author Samuel H. Zuvekas analyzed data from Medical Expenditure Panel Survey in their new study where they have asked parents about prescriptions taken by their children with ADHD diagnoses. (Medical Expenditure Panel Survey is a national survey of United States households). Dr. Vitiello said that boys were three times more likely to be prescribed ADHD drugs and it fits another statistic, which showed that attention-deficit/hyperactivity disorder is mostly diagnosed for boys. Another part of the study showed that ADHD drugs use among white children were 4.4%, among black children – 2.9% and Hispanic – 2.1%.

According to the same study, the highest rate of ADHD drug usage was among 6-12 years old and it can be logically explained, as ADHD symptoms are not a big issue when children are at home. But those symptoms become really problematic when it came to focusing on the study at school. Vitiello explained the increased amount of prescriptions among adolescents by those children who managed to study through elementary but did not manage to study in higher school, when the focus is needed even more.

Vitiello said that there was more recognition that ADHD does not disappear with puberty. The symptoms become more evident with increasing of the academic demands increase: tasks become more complex and need more focus to be resolved. So, even if children with ADHD were able to get through elementary and middle school, it does not mean that they could manage to stay focused in high school because their attention is lower than needed.

“There is more recognition that the disorder does not disappear with puberty,” he said. “In adolescents, the symptoms become more evident because the academic demands increase. The tasks they have to do in school become more complex. Even though they were able to get by in elementary school and middle school, in high school, they become more impaired because their attention is not what it should be.”

However, there are some questions are still without answers. One of them is why in the West the rate of prescriptions is lower than in other parts of the U.S.? Vitiello noted, that it could be caused by different way of the school system to handle with children with ADHD or parents who do not wish to treat their children with stimulants. According to the study, about 60% of children with attention-deficit/hyperactivity disorder are treated with medications. Dr. Vitiello guesses that those children have the most complicated cases with severe symptoms. Experts estimate that about 60 percent of children with ADHD are treated with medication, Vitiello said, probably those with the most severe symptoms.