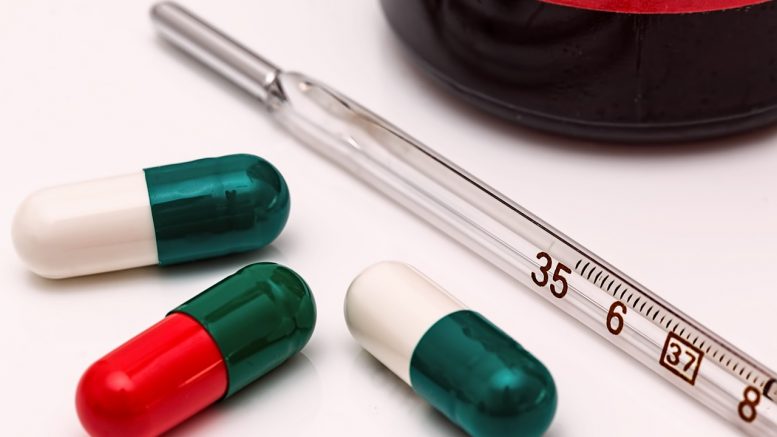 According to the research of Harvard Medical School, Vanderbilt University and Stanford University School of Medicine, commonly used the combination of Pravachol (cholesterol-lowering drug) and Paxil (antidepressant) may increase a glucose level in blood. This result was surprising for researchers because none of those medications has the same effect when used alone. The increase of blood sugar level was found in people with diabetes (those people who need to control sugar level the most). According to the same research there up to 1 million people across the United States could use both medications combination. The research was based on the Food and Drug Administration database of adverse events. Also, records of all of three institutions were used as well. Special techniques help to determine same patterns in large populations.

It is very unusual for medications, that don’t have some specific effect alone, display that effect when they used together. Most drugs are approved by FDA separately, so it is impossible to predict side effects of drugs combination. FDA tried to learn more about side effects of different medications combinations and they developed AERS (Adverse Event Reporting System), so patients and their health care providers could report about unusual effects of medications. However, there is no any following procedure to find out the reason of the event in most cases. Some doctors tried to question the usefulness of AERS in the past and considered that the system to be not that important. To find patients with diabetes-related symptoms who took the combination of medication, Altman and his colleagues from other institutes used the special technique (“latent signal detection”). They searched through AERS to find those who had reminiscent of diabetes side effects after taking the combination of medications. After they found those patients, they checked the symptoms. They were looking for fatigue and fever, which are common symptoms of hyperglycemia (high level of the blood sugar).

Altman said that they were excited because they found outside effects of drug combination by using data which was existing at that moment and most of their colleagues were skeptical about those databases. He added that physicians used to think about data tracking related to a single patient and not to think about same effects on the population. He stated, that they were able to create a special “fingerprint” to find those medications which could be used the same way glucose medications are used and then used this fingerprint to check what did people take. It helped Altman and his colleague to find out what combination of drugs can effect on blood sugar levels. The main focus was on Pravachol and Paxil, as they are commonly prescribed. Altman also explained, that 13-15 million people have prescriptions on Paxil or Pravachol and now, after using Stanford medical records, they expect up to 1 million people take those two medications simultaneously.

It was even more strange that none of the patients, who took both medications, have reported about hyperglycemia symptoms. So they had to use medical record of three institutes mentioned above. Researchers found 135 people who didn’t have diabetes had their blood sugar level increase for 19mg/dl. Those who had diabetes (104 patients) had even higher increase: 48 mg/dl after they got both medications prescribed. People with blood glucose level between 100 and 125 mg/dl and impaired fasting glucose levels are pre-diabetic and people with a glucose level of 126 mg/dl and higher with fasting glucose levels are considered to be diabetic.

Altman pointed out that understanding of this effect will prevent pre-diabetic patients from diabetes and will let those patients with diabetes control their glucose level better, by mitigating the effect of Pravachol and Paxil.

After the discovery, Altman and his team looked at that effect closer. In a laboratory, researchers fed mice with high-fat and calorie food. After several weeks on such diet, mice became insulin-resistant and were considered pre-diabetic. Those mice had an increase in fasting glucose levels and neither Pravachol nor Paxil affected on them. But after researchers gave mice the combination of those medications, glucose levels increased up to 193 mg/dl (the initial level was 128).

More about the research

Now similar detection methods are used to find out other drug combinations with adherence effects. Still, it is a great challenge to prioritize many results. However, in the opinion of Altman, bioinformatics studies made experiments to be more focused, and so – less expensive and quicker.

Altman is sure that post-marketing surveillance of medications by FDA are quite difficult and even though FDA is doing its best, there may be time to try something new, like bioinformatics studies. Those studies have already helped a huge amount of people to identify some unsuspected issues by using previously collected data.

Be the first to comment on "Drugs Combination Adverse Effect"