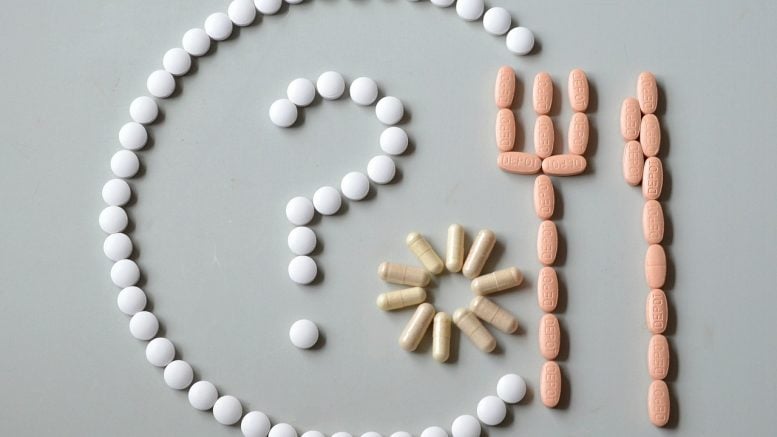 Now Shelley Sanders is not sure, what caused the medication mistake: it could be the typing error or a telephone message. All she knows is that her mother, Linda, who was 62 years old, received Lamictal (anti-epilepsy drug) instead of her Lyrica (pain drug) and took the dosage which was higher than any doctor would recommend taking. Within several days of taking 150 ml dosages of Lamictal, Linda Sunders took her gun from the bedroom and shot herself. It was a shocking surprise for everyone, who knew Linda. She was a good, soft-spoken person.

It was one of 5 million wrong-medication errors that occur each year in the U.S. One of Lamictal side effects is suicidal actions, that’s what Shelley learned afterward. Most of this kind of mistakes is occurring because of their mixed-up similar-sounding names.

“Lamictal and Lyrica are different drugs, this shouldn’t have happened,” said Shelly.

About ten years have passed after Institute of Medicine report about 7,000 people in the U.S. died annually from medications error. And still, we can see the same picture: people confuse different medications because of their names. Zyprexa (antipsychotic) and Zyrtec (antihistamine), Topamax (migraine drug) and Toprol-XL (blood pressure drug) – that’s the only two examples of such mix-ups, familiar names, which could cause a lot of issues.

Today there are about 1,500 drugs available on the market have the names so similar, that they could be confused with multiple amounts of other medications (according to U.S. Pharmacopeia group). The international pharmaceutical company Takeda agreed to change the name of its’ medication called Kapidex. Kapidex, the new heartburn drug, was confused with Casodex, which helps to treat the prostate cancer. Takeda received a lot of reports about the medication, which is intended only for men was prescribed to women.

It was the first case of medication name change since November 2009, when the Food and Drug Administration (FDA) started a new “Safe Use Initiative”. This initiative goal was to decrease the number of medication errors. President of the Institute for Safe Medications Practices, Mike Cohen, said it was still a major issue.

Wolters Kluwer Pharma Solutions reported about 3.9 billion prescriptions being filled last year. In the same report, there is a 1.7% dispensing error rate, it’s about 66 million of medication mistakes per year.

Out of those 66 million, 325 thousand drug errors are mostly dangerous and can cause a long-lasting injury or even death, said in the report of Pharmacopeia.

Professor at the University of Illinois at Chicago’s College of Pharmacy, Bruce Lambert, thinks, that those mistakes are pretty rare, but if you are among the group of high risk, that’s cold comfort to you. He also thinks that factors like low-experienced and not competent workers, handwriting or workplace distractions are not only the factors caused the issue. “Drug names are intrinsically confusing. The way that the human mind is organized, we are prone to confuse familiar sounding names,” he added.

38% of mistakes caused by familiar sounding and looking names are made by pharmacy technicians. Those mistakes are followed by pharmacists at 24%, nurses – 20% and doctors at about 7%, according to Pharmacopeia report.

Lisa Fowler, the director of management and professional affairs for the National Community Pharmacists Association thinks, that any mistake of that kind is sobering for patients and pharmacists. She knows that pharmacists are very concerned about the mistakes they make because they are the last check of the prescription before it leaves the pharmacy. Fowler added that it’s pretty challenging to maintain vigilance in the industry with the endless stream of new medications and constant turnovers. In her opinion, people don’t have the high tolerance for any error in the medical community.

Shelly Sanders said, “whether it was written wrong or came verbally across, we will never know”. She told about her mother took another medication to calm panic attack (Zoloft), but she has never been suicidal. The manufacturer of Lamictal, warns about suicidal thoughts and actions could be caused by their medication. The drug is commonly included in the list of look- and sound-alike warning medications lists and it is frequently confused with Lamisil.

But Shelley Sanders said she’s considering suing the pharmacy, even though its owner, Richard Moulton, is a longtime family friend. She told, that it has been a hard decision, but she has nothing left to do. “Just walk away saying ‘Oh, they made an error?’” – Sanders added.

A lot of different solution were invented to save doctors and pharmacists from mistakes. They were warned to place sound- and looking-like medications in different places, passed a lot of educational campaigns, used electronic monitoring programs, which asked medical workers to confirm the choice of the suspicious drugs before a prescription can be filled, doctors have been restricted to write prescriptions by hand and pharmacy technicians have been told to verify the drug names and spellings, if the prescriptions were delivered by phone. One the same time, Tall Man lettering started to be used. For example, Prednisolone and Prednisone should be written like “prednisoLONE” and “predniSONE” to be apart and be harder to confuse.

In daily practice, Cohen, of the Institute for Safe Medication Practices, said practical factors lead to mistakes. Doctors are always rushed and they say it clearly. So they are off the phone by the time pharmacists should do what they are supposed to.

The University of Illinois pharmacy expert, Lambert, states, that the bar-coding on the all the stages, from manufacturing to administration, is the best solution of the issue. He said the legal requirement of drugs purpose description to be included is also promising. Lamber is not sure, if they make any progress in this field, as medications name errors are not systematically tracked.

Shelley Sanders shared her story to prevent others from just wrong drug mistakes. She hopes, that people will not simply trust what they were given or told to take. She states, that pharmacists and doctors are not perfect, they are simply human and they can make mistakes as well.