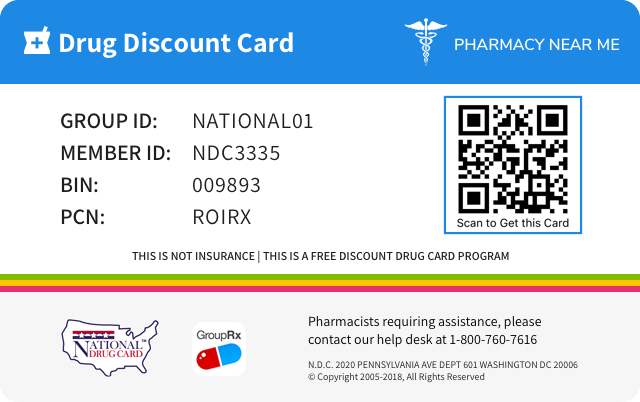 Information about undesirable effects, reasonably associated with use of the drug, that may occur as part of the pharmacological action of the drug or may be unpredictable in its occurrence. Adverse reactions include those that occur with the drug, and if applicable, with drugs in the same pharmacologically active and chemically related class. There is considerable variation in the listing of adverse reactions. They may be categorized by organ system, by severity of reaction, by frequency, by toxicological mechanism, or by a combination of these.
ADVERSE REACTIONS It is frequently difficult to distinguish between an adverse reaction to SULFAMYLON Cream and the effect of a severe burn. A single case of bone marrow depression and a single case of acute attack of porphyria have been reported following therapy with SULFAMYLON Cream. Fatal hemolytic anemia with disseminated intravascular coagulation, presumably related to a glucose-6-phosphate dehydrogenase deficiency, has been reported following therapy with SULFAMYLON Cream. Dermatologic: The most frequently reported reaction was pain on application or a burning sensation. Rare occurrences are excoriation of new skin and bleeding of skin. Allergic: Rash itching, facial edema, swelling, hive, blisters, erythema, and eosinophilia. Respiratory: Tachypnea or hyperventilation, decrease in arterial pCO 2 . Metabolic: Acidosis, increase in serum chloride. Accidental ingestion of SULFAMYLON Cream has been reported to cause diarrhea. To report SUSPECTED ADVERSE REACTIONS, contact Rising Pharma Holdings, Inc. at 1-844-874-7464 or FDA at 1-800-FDA-1088 or www.fda.gov/medwatch.

Information about the clinical pharmacology and actions of the drug in humans.
CLINICAL PHARMACOLOGY SULFAMYLON Cream, applied topically produces a marked reduction in the bacterial population present in the avascular tissues of second- and third-degree burns. Reduction in bacterial growth after application of SULFAMYLON Cream has also been reported to permit spontaneous healing of deep partial-thickness burns, and thus prevent conversion of burn wounds from partial-thickness to full-thickness. It should be noted, however, that delayed eschar separation has occurred in some cases. Absorption and Metabolism Applied topically, SULFAMYLON Cream diffuses through devascularized areas, is absorbed, and rapidly converted to a metabolite (ρ-carboxybenzenesulfonamide) which is cleared through the kidneys. SULFAMYLON is active in the presence of pus and serum, and its activity is not altered by changes in the acidity of the environment. Antibacterial Activity SULFAMYLON exerts bacteriostatic action against many gram-negative and gram-positive organisms, including Pseudomonas aeruginosa and certain strains of anaerobes.

Information about situations in which the drug product is contraindicated or should not be used because the risk of use clearly outweighs any possible benefit, including the type and nature of reactions that have been reported.
CONTRAINDICATIONS SULFAMYLON is contraindicated in patients who are hypersensitive to it. It is not known whether there is cross sensitivity to other sulfonamides.

General information about the drug product, including the proprietary and established name of the drug, the type of dosage form and route of administration to which the label applies, qualitative and quantitative ingredient information, the pharmacologic or therapeutic class of the drug, and the chemical name and structural formula of the drug.
DESCRIPTION SULFAMYLON Cream is a soft, white, nonstaining, water-miscible, anti-infective cream for topical administration to burn wounds. SULFAMYLON Cream spreads easily, and can be washed off readily with water. It has a slight acetic odor. Each gram of SULFAMYLON Cream contains mafenide acetate equivalent to 85 mg of the base. The cream vehicle consists of cetyl alcohol, steryl alcohol, cetyl esters wax, polyoxyl 40 stearate, polyoxyl 8 stearate, glycerin, and water, with methylparaben, propylparaben, sodium metabisulfite, and edetate disodium as preservatives. Chemically, mafenide acetate is α-Amino-ρ-toluenesulfonamide monoacetate and has the following structural formula: structure

Information about the drug product’s dosage and administration recommendations, including starting dose, dose range, titration regimens, and any other clinically sigificant information that affects dosing recommendations.
DOSAGE AND ADMINISTRATION Prompt institution of appropriate measures for controlling shock and pain is of prime importance. The burn wounds are then cleansed and debrided, and SULFAMYLON Cream is applied with a sterile gloved hand. Satisfactory results can be achieved with application of the cream once or twice daily, to a thickness of approximately 1/16 inch; thicker application is not recommended. The burned areas should be covered with SULFAMYLON Cream at all times. Therefore, whenever necessary, the cream should be reapplied to any areas from which it has been removed (e.g., by patient activity). The routine of administration can be accomplished in minimal time, since dressings usually are not required, if individual patient demands make them necessary, however, only a thin layer of dressings should be used. When feasible, the patient should be bathed daily to aid in debridement. A whirlpool bath is particularly helpful, but the patient may be bathed in bed or in a shower. The duration of therapy with SULFAMYLON Cream depends on each patient’s requirements. Treatment is usually continued until healing is progressing well or until the burn site is ready for grafting. SULFAMYLON Cream should not be withdrawn from the therapeutic regimen while there is the possibility of infection. However, if allergic manifestations occur during treatment with SULFAMYLON Cream, discontinuation of treatment should be considered. If acidosis occurs and becomes difficult to control, particularly in patients with pulmonary dysfunction, discontinuing therapy SULFAMYLON Cream for 24 to 48 hours while continuing fluid therapy may aid in restoring acid-base balance.

The content of the principal display panel of the product package, usually including the product’s name, dosage forms, and other key information about the drug product.
PACKAGE LABEL.PRINCIPAL DISPLAY PANEL NDC 16571-723-60 Rising ® SULFAMYLON ® Cream (mafenide acetate cream, USP) Rx only 2 oz. (56.7 g) For Topical Use Only Each gram contains mafenide acetate equivalent to 85 mg base in a water-miscible cream of cetyl alcohol, stearyl alcohol, cetyl esters wax, polyoxyl 40 stearate, polyoxyl 8 stearate, glycerin, and water, with methylparaben, propylparaben, sodium metabisulfite, and edetate disodium as preservatives. For dosage and administration, read accompanying package insert. Avoid exposure to excessive heat (temperatures above 104°F or 40°C). For external use only. Keep this and all medications out of the reach of children. 2oz

Information about the available dosage forms to which the labeling applies, and for which the manufacturer or distributor is responsible. This field ordinarily includes the strength of the dosage form (in metric units), the units in which the dosage form is available for prescribing, appropriate information to facilitate identification of the dosage forms (such as shape, color, coating, scoring, and National Drug Code), and special handling and storage condition information.
HOW SUPPLIED 16 oz. Plastic Jar (453.6 g) - NDC 16571-723-48 4 oz. Tube (113.4 g) - NDC 16571-723-12 2 oz. Tube (56.7 g) - NDC 16571-723-60 Avoid exposure to excessive heat (temperature above 104° F or 40° C). For External Use Only. Keep this and all medications out of the reach of children. Rx only Manufactured for: Rising Pharma Holdings, Inc. East Brunswick, NJ 08816 Revised: 08/2020 PIR72348-00

Information about any special care to be exercised for safe and effective use of the drug.
PRECAUTIONS SULFAMYLON and its metabolite, ρ-carboxybenzenesulfonamide, inhibit carbonic anhydrase, which may result in metabolic acidosis, usually compensated by hyperventilation. In the presence of impaired renal function, high blood levels of SULFAMYLON and its metabolite may exaggerate the carbonic anhydrase inhibition. Therefore, close monitoring of acid-base balance is necessary, particularly in patients with extensive second-degree or partial-thickness burns and in those with pulmonary or renal dysfunction. Some burn patients treated with SULFAMYLON Cream have also been reported to manifest an unexplained syndrome of marked hyperventilation with resulting respiratory alkalosis (slightly alkaline blood pH, low arterial pCO 2 , and decreased total CO 2 ); change in arterial pO 2 is variable. The etiology and significance of these findings are unknown. Mafenide acetate cream should be used with caution in burn patients with acute renal failure. SULFAMYLON Cream should be administered with caution to patients with history of hypersensitivity to mafenide. It is not known whether there is cross sensitivity to other sulfonamides. Fungal colonization in and below eschar may occur concomitantly with reduction of bacterial growth in the burn wound. However, fungal dissemination through the infected burn wound is rare. Carcinogenesis, Mutagenesis, Impairment of Fertility No long-term animal studies have been performed to evaluate the drug’s potential in these areas. Pregnancy Animal reproduction studies have not been conducted with SULFAMYLON. It is also not known whether SULFAMYLON can cause fetal harm when administered to a pregnant woman or can affect reproduction capacity. Therefore, the preparation is not recommended for the treatment of a women of childbearing potential, unless the burned area covers more than 20% of the total body surface, or the need for the therapeutic benefit of SULFAMYLON Cream is, in the physician’s judgment, greater than the possible risk to the fetus. Nursing Mothers It is not known whether mafenide acetate is excreted in human milk. Because many drugs are excreted in human milk and because of the potential for serious adverse reaction in nursing infants from SULFAMYLON, a decision should be made whether to discontinue nursing or to discontinue the drug, taking into account the importance of the drug to the mother. Pediatric Use Same as for adults. (See DOSAGE AND ADMINISTRATION .)

Information about serious adverse reactions and potential safety hazards, including limitations in use imposed by those hazards and steps that should be taken if they occur.
WARNINGS Fatal hemolytic anemia with disseminated intravascular coagulation, presumably related to a glucose-6-phosphate dehydrogenase deficiency, has been reported following therapy with SULFAMYLON Cream. Contains sodium metabisulfite, a sulfite that may cause allergic-type reactions including anaphylactic symptoms and life-threatening or less severe asthmatic episodes in certain susceptible people. The overall prevalence of sulfite sensitivity in the general population is unknown and probably low. Sulfite sensitivity is seen more frequently in asthmatic than in nonasthmatic people.